Today’s batch of hot tasty rumours have a distinctive Black Country flavour. Here’s Tuesday’s round up: 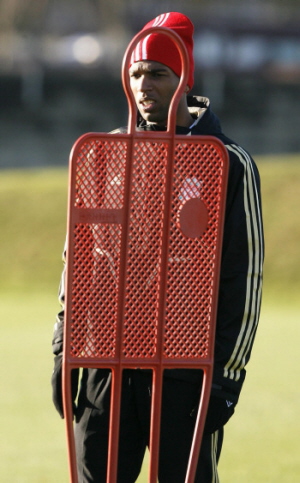 Rumours No. 1, 2, 3, 4 and 5: Birmingham City are probably regretting revealing their transfer budget to all and sundry in December as not a day goes by when they’re not linked with someone or other. They’ve only been linked with a meagre five players today, starting with…

Ryan Babel, whose name has surfaced yet again with the news that The Blues are to make another bid (their previous £10 million offer was refused) for the Liverpool winger. The fresh bid is said to be somewhere in the £12 million region.

Brum have also been told by Celtic that Aiden McGeady is available ‘if the price is right’. After already turning down a £14 million fee, who knows what the right price may be? 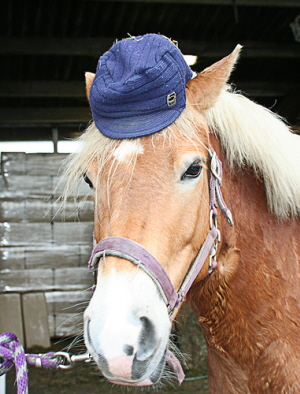 Rumour No. 6: Tottenham are in talks to bring Real Madrid’s equine goal machine Ruud Van Nistelrooy back to the Premier League. The Dutch striker has been linked with loan moves aplenty (including Liverpool and Stoke) during January but Harry Redknapp expects to be able to sign the forward permanently on a free transfer.

Van Nistelrooy will fly to London today to discuss personal terms and undergo a medical at White Hart Lane with the view to signing for Spurs in time for the weekend.

The Best of the Rest: Tottenham are also watching Bordeaux right back Mathieu Chalme with the intention of bringing in the Frenchman as a replacement for the outbound Alan Hutton.

Sunderland want £7 million Wigan left back Maynor Figueroa and are willing to offer Keiran Richardson as a make-weight.

The Black Cats have also turned their sights to Benfica striker Nuno Gomes after being put off by Kevin Kuranyi’s wage demands.

Jermaine Beckford has withdrawn his transfer request at Leeds and will stay until the end of the season before signing for Everton on a free transfer.

Burnley are in advanced talks to bring Monaco’s France U21 striker Frederic Nimani to the Premier League.

Wolves want to take James Beattie from Stoke and Stephen Hunt from Hull in a £5 million raid.

Mido has claimed that he is in talks to follow his fellow Egyptian striker Amr Zaki in joining Hull City.

Zenit St. Petersburg have withdrawn their loan offer for Roman Pavlyuchenko after the Tottenham striker’s wage demands proved too high.

Arsenal centre back Philippe Senderos will join Celtic on loan next week after agreeing terms with The Bhoys.

Can you see any truth in any of these Pies fans? Or are they all complete hogwash and piffle-paffle?