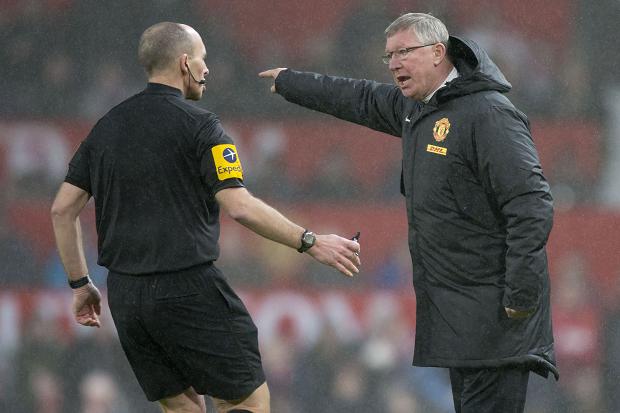 The fallout from Fergie’s much-discussed ‘words’ with ref Mike Dean on Boxing Day continues to be felt, with Newcastle boss Alan Pardew getting both barrels from the United boss.

Pardew had criticised Sir Alex for his barracking of Dean at half-time during the Magpies’ 4-3 defeat at Old Trafford, saying:

“I think Mike Dean might feel slightly disappointed he didn’t do something about it. I think the pressure that was on him was tough for a referee to take. I think there were a lot of things the FA could look at. But it seems they are looking at none.”

However, Fergie, not surprisingly, has been quick to have a pop back at Pardew, replying:

“I wasn’t abusive of the referee – some managers push the linesman and make a joke of it.”

“I’m not making a joke of it. I think [the goal] should’ve been disallowed, I really do. (Pardew) shoves the referee and makes a joke of it, and he’s got the cheek to criticise – it’s unbelievable.

“He forgets the help I gave him by the way.”

It’s fair to say that Pardew is no angel when it comes to abusing officials, however, when you consider that the very same Mike Dean sent Arsenal boss Arsene Wenger to the stands (among braying United fans) for kicking a water bottle, it does seem rather odd that he didn’t even mention Fergie’s outburst in his post-match report.