Like they did with the announcement that David Moyes was to be their new manager, Manchester United’s PR team have once again jumped the gun in posting an article confirming the purchase of Robert Lewandowski on their official club website before deleting almost immediately.

According to Paddy Power and their quick-draw screen capture intern, this is what the article looked like… 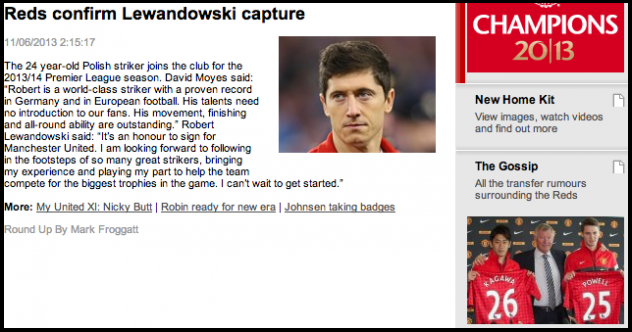 Coming in the week that Dortmund chief executive officer Hans-Joachim Watzke told Bild that they simply point-blank wouldn’t allow Lewandowski to join Bayern Munich this summer, maybe there is something afoot here.

To all the United fans out there, is this enough to get you excited?

But don’t let that spoil your fun!