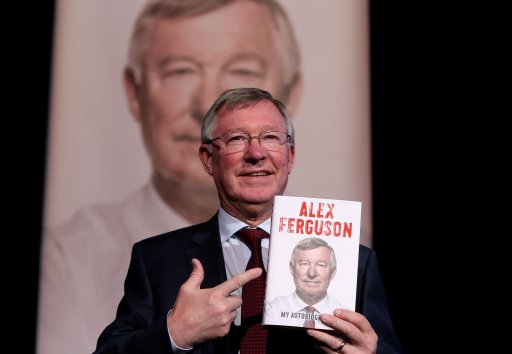 “…then we whupped Barcelona at the Stadio Olimpico; I remember it clear as day…”

One customer has been offered a refund by the publishers of Sir Alex Ferguson’s latest autobiography after noting 45 ‘factual errors’ included in the 402 pages of the book.

According to the Daily Mirror, the inaccuracies include Fergie’s claim that United got 11 years of service out of former captain Roy Keane when in fact they had 12, extolling the magnificence of Rio Ferdinand’s performance against Man City in the semi-final of the Carling Cup at Old Trafford in 2009 when it was actually the following year, asserting that Ryan Giggs made his United debut aged 16 (he was 17) and the recollection of having his pacemaker fitted in April 2002 when it actually went in in March of 2004.

As we mentioned at the top, one disgruntled reader noticed a few of these factual inaccuracies creeping in and then set about counting the number of errors – 45 in total – before sending an email to the book’s publishers, Hodder and Stoughton, to complain.

The Mirror are reporting that the CEO of Hodder and Stoughton, Jamie Hodder-Williams, is “understood to have replied by email to the individual in question” and “offered a full refund” in exchange for the return of the book, with the paper quoting Mr Hodder-Williams as writing:

“We did in fact go through several stages of fact-checking with this book, with a reading from within Manchester United as well as from a specialist football fact-checker.

“Although a very large number of corrections were made we plainly did not pick up everything. Possible corrections that have so far been helpfully pointed out are being checked and will be included in future reprints.

“I am sorry that you feel that your expenditure on the book was not worthwhile. If you would like to send the book to me at our head office address, stating where you bought the book and at what price, we will refund your expenditure and postage.”

A spokeswoman for Hodder and Stoughton then confirmed that a member of the public was indeed not happy with the errors in the book and has since been refunded the full purchase price.

To be fair, the memoirs of most 71-year-old men would be a little on the “loose” side. 45 errors is actually not a bad result for Sir Alex, especially when you factor in all the post-match Chateauneuf du Pape he’s gotten through in his time.