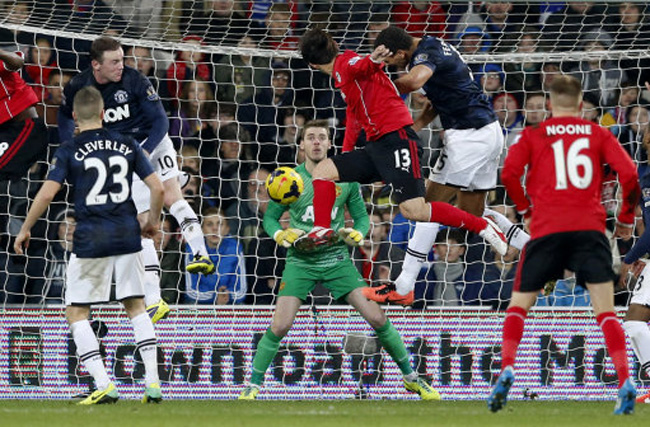 Kim Bo-Kyung’s last-gasp equaliser on Sunday will be seen by Bluebirds’ fans as nothing more than justice after a hotly contested clash at the Cardiff City stadium.

Wayne Rooney opened the scoring on 15 minutes with a deflected effort, but only after he had received just a yellow card for kicking out at Jordon Mutch, a loss of control could should really have warranted a red.

However, the home side battled back and were level on the half-hour mark, courtesy of a goal from ex-Red Devil Frazier Campbell. But just before the break, Rooney was again involved, crossing for Patrice Evra to put the visitors ahead at the break.

In the second-half, David Moyes’ men again pushed for another goal and came close, with sub Danny Welbeck blasting over before nodded home a dramatic equaliser at the death. Although it did also look as though Gary ‘Loony’ Medel did strike out at Marouane Fellaini when the cross came in from which Kim scored, so maybe things evened themselves out in the end!

The results sees Malkay Mackay’s side in 15th place while United are sixth, seven points behind leaders Arsenal and still struggling to gel.