Now, given their current predicament, you can forgive Manchester United fans for feeling a little underwhelmed at the moment. You too, can forgive them for harbouring vague feelings of grievance against David Moyes for being the man to preside over such a cauldron of grey, tawdry, tasteless, lumpen gruel – but there’s always one pillock who takes it too far.

Take this prat, for example. Not content with joining the heckling social media masses and calling for Moyes The Destroyer’s head to set on a pike on Sir Matt Busby Way on a weekly basis, he had to go and get his point across by having ‘Moyes Out’ forever tattooed across his backside and posting images of his idiotic decision for the world to see.

So far as we can fathom, the chump responsible is still anonymous (for obvious reasons) but, for your entertainment, here’s a photo of whoever-it-is’s hairy arse cheek, up close and in stunning HD… 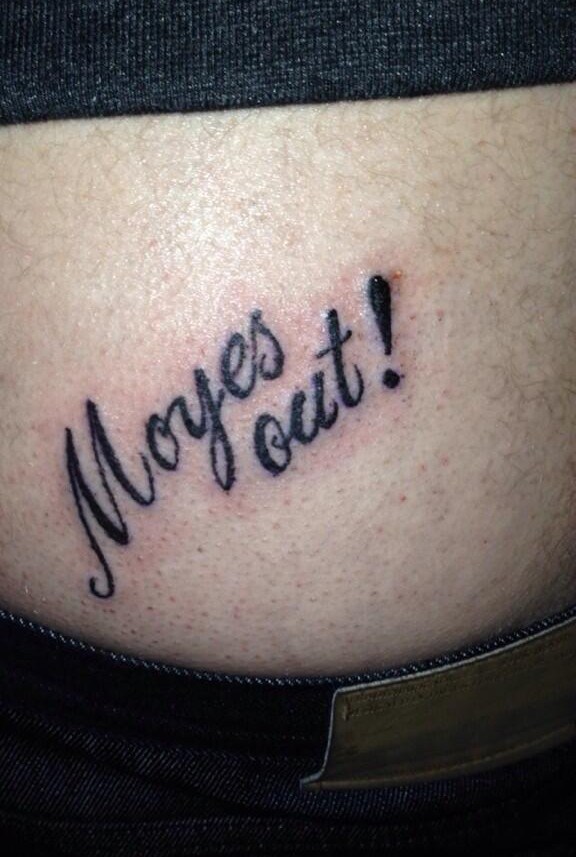 What, in the ever-loving name of all that is holy, is the point?