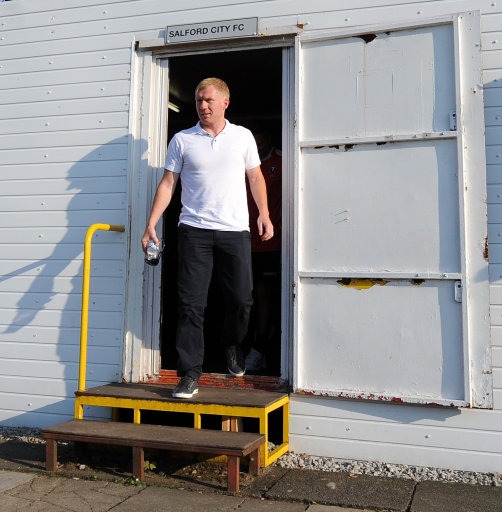 “I’ll be in my trailer, bitches”

Despite steadfastly refusing to say a word throughout his playing days, Paul Scholes can’t keep from spouting off – with a Paddy Power blog, a cameo pundit stint with Sky Sports toward the tail-end of last season and now two – count ’em! – two new punditry deals lined up for 2014/15.

Firstly, Scholes has signed a four-year deal to become a pundit for BT Sport, joining the channels Premier League panel for next season and then the Champions League panel too once the rights switch from Sky Sports for the 2015/16 season.

In the meantime, Scholes has also signed up with ITV to appear as a pundit for their live Champions League coverage from the group stages onwards this coming season.

We must admit that Scholes impressed us with his rare appearances on Sky last year, with his short, sharp analysis ranging from “frank and forthright” all the way through to “brutally honest” – just ask Jack Wilshere about that.

We don’t for a moment think it will be, but let’s hope that Scholes’ introduction is the start of the much-needed shake-up that ITV’s stale matchday clique is crying out for.