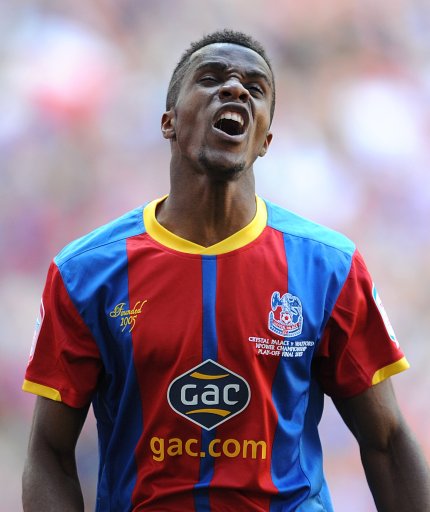 Well, file that one under “that went well”.

Having made an outstanding four appearances for Manchester United since initially signing for the club 20 months ago, Wilfrield Zaha has confirmed that he has left Old Trafford on loan once again – this time re-rejoining Crystal Palace on a season-long jaunt…

Zaha left Palace for the bright lights of United in a £15million package (hindsight can be a cruel mistress) back in January of 2013, immediately going back on loan until the end of the 2012/13 season as part of the deal.

Having initially signed as a newly-capped England international under Fergie, Zaha was left twiddling his thumbs on the fringes by David Moyes before eventually evacuating to Cardiff City on loan for the tail end of the 2013/14 season – making 10 appearances for the Bluebirds as they were relegated from the Premier League.

Another victim of a potentially promising rough diamond (not that we ever rated Zaha that highly, to be honest) going to waste and turning to mulch in a big club’s reserve string after being lured in like unsuspecting prey to an Anglerfish’s glow-in-the-dark dangly bit *cough Scott Sinclair cough cough* at a crucial point in their development.

Such a waste. Here’s hoping Wilf gets back on his feet with a feelgood stint at  Memory Lane.