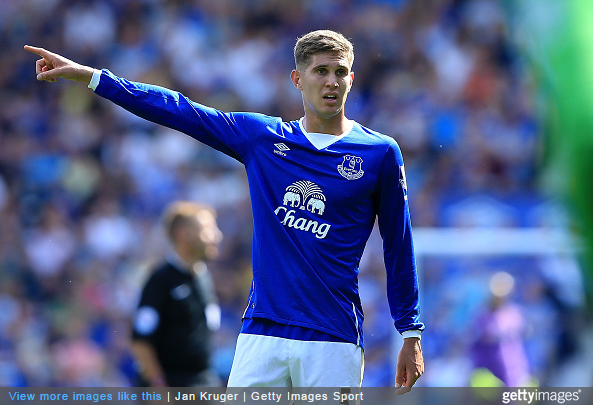 Chelsea Won’t Give Up On Stones

Chelsea will offer Everton £30million for England central defender John Stones, 21, says the Daily Mirror. But that won’t be enough because The Toffees value the defender at £34million. Everton manager Roberto Martinez will be gutted to see his star prospect leave, writes the Guardian. Calling Stones “an incredible professional”, Martinez says the Barnsley wonder will not “sulk” if he’s denied a move to Chelsea. He hopes.

West Ham have £12m put aside for Manchester United’s Javier Hernandez, 27. Having had an £8.5million bid rejected, the Daily Star says the Hammers will up their bid by almost 50%, which seems a lot.

The best/worst of the rest: As David De Gea spends more time tending the garden in readiness for his inevitable move to Real Madrid, Manchester United want to replace him with Jasper Cillessen. The Daily Mail says the Dutch goalkeeper “will not come cheap”. Ajax boss Frank De Boer says United “have to pay a huge price for Cillessen”. The Daily Mirror quotes De Boer: “Let it be clear that we are going to take a really strong attitude and we will fight against him leaving at this stage… To make it clear, Jasper is getting more expensive by the week, although there are certain figures that we can’t turn down.”