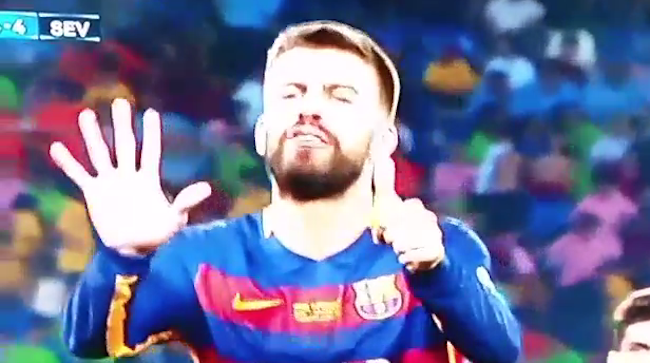 So Gerard Piqué did learn something during his spell at Manchester United. At last night’s Super Cup match between Pique’s Barcelona and Sevilla (highlights here), the defender told the officials exactly what he thought of one spicy tussle in impressive English:

All six men in black are native English speakers: