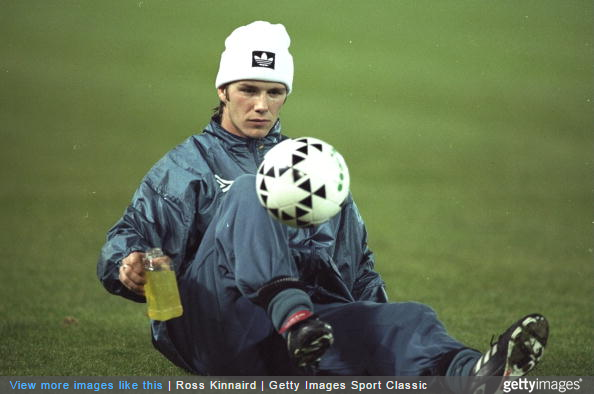 12th October, 1996, and Liverpool were going into a game against Manchester United while sitting pretty at the top of the Premier League having remained unbeaten in their first eight games of the season.

United had drawn precisely half of their opening eight matches. The scene was set at Old Trafford for a classic resumption of one of the fiercest rivalries in football.

As it turned out, it would be David Beckham’s day, just two months after his long-range lumper against Wimbledon had kick-started the cult in earnest.

Liverpool were without the services of prolific striker Robbie Fowler but still dominated large periods of the game. However, United’s defence held firm for the remaining 70-odd minutes.

It was a vital victory for Sir Alex Ferguson’s side, taking them to within a point of Liverpool – though United then went on to lose their next three games.

Liverpool stayed top of the table until mid-January, but the 16-match unbeaten run United swiftly embarked upon after the triplet of post-Liverpool defeats would eventually prove decisive in securing the 1996/97 title in the Red Devils’ favour.

Liverpool finished down in fourth, some seven points behind the winners.