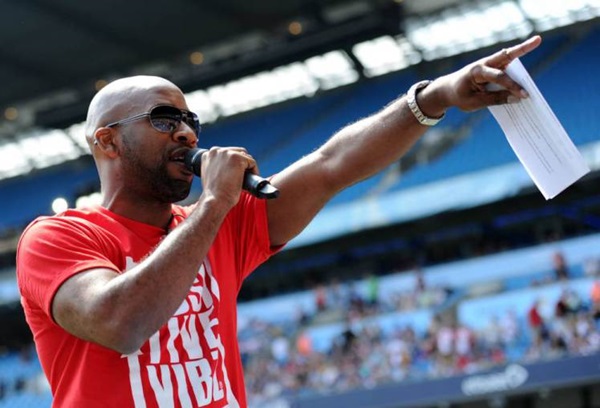 Having landed the gig as in-house emcee for the Rugby Super League final between Leeds Rhinos and Wigan Warriors at Old Trafford on Saturday, celebrity Liverpool fan DJ Spoony seized the opportunity to wreak a smidge of mischief on Manchester United’s patch.

With full control over the pre-match playlist, Spoony decided to blare a decidedly Liverpudlian anthem out over United’s public address system.

Ready to play this at Old Trafford for the @SuperLeague #GrandFinal what you think :) ? pic.twitter.com/nuIvtx9yGA

A couple of hours down the line, and Spoony executed his act of sabotage – not that the rugby crowd gave much of a hoot…