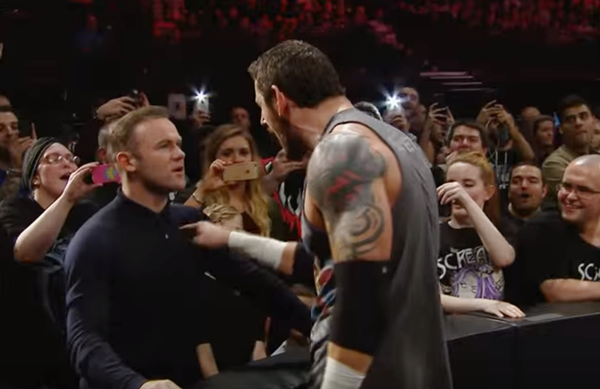 The WWE circus rolled into Manchester last night and who should find himself plonked in the front row but Wayne Rooney.

In fact, Rooney got himself embroiled in the action after an altercation with Preston-born wrestler Wade Barrett, thus providing the blow-out to a feud that began back in February when Barrett called Rooney out for diving after an FA Cup match between Manchester United and Preston North End.

Well, it all came to an ugly head at the Manchester Arena, with Rooney slapping the taste out of Barrett’s mouth, much to the delight of everybody in attendance.

The fun begins at the start of the video, but the actual slap comes at the 3:50 mark…

Bah gawd! The human body isn’t built to take that kind of punishment!