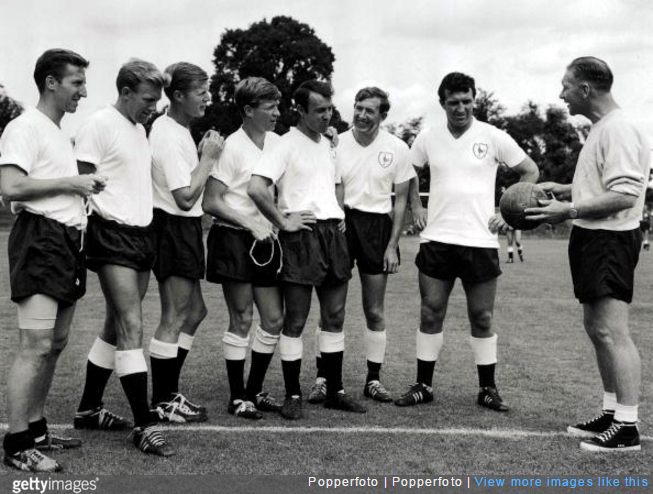 In football, as in life, all things must pass. Even for great sides, the glory years must come to a halt at some stage.

For Tottenham’s all-conquering side of the early 1960s, the gradual loss of lustre began against Manchester United in the first round of the 1963 European Cup Winner’s Cup – a two-legged match that would prove to be the beginning of the end for Bill Nicholson’s Super Spurs.

Arguably, it would also signal a shift in power, with British football’s first European trophy winners, Spurs, eventually finding themselves replaced in the continental pantheon by their opponents United, who would subsequently go on to become the first English side to lift the ultimate prize: the European Cup.

Going into the 1963 Cup Winner’s Cup, Spurs were defending of the trophy they had so famously won in Rotterdam the year before.

While the game was billed as a hotly-anticipated ‘Battle of Britain’ there was a sense of deflation around the club at being drawn against another English side in European competition. You’d be hard pushed to find anything exotic about Manchester, after all!

Nicholson’s great side were ageing, and their talismanic captain Danny Blanchflower was injured for the tie. Despite of that, Spurs managed to win the first leg 2-0 thanks to goals from Dave Mackay and Terry Dyson…

However, it all went sour in the return leg. Spurs went behind on six minutes and then, in the eighth, lost Dave Mackay after his leg was broken in a tackle with United’s Noel Cantwell.

In those days, there were no subs, and Spurs battled on for 82 minutes with 10 men on the pitch.

Mackay was out of action for 18 months, and the once-great Spurs team slowly disintegrated over the course of the prevailing season.

As for United, they were eliminated in the next round after a titanic battle with the tournament’s eventual winners Sporting Lisbon.