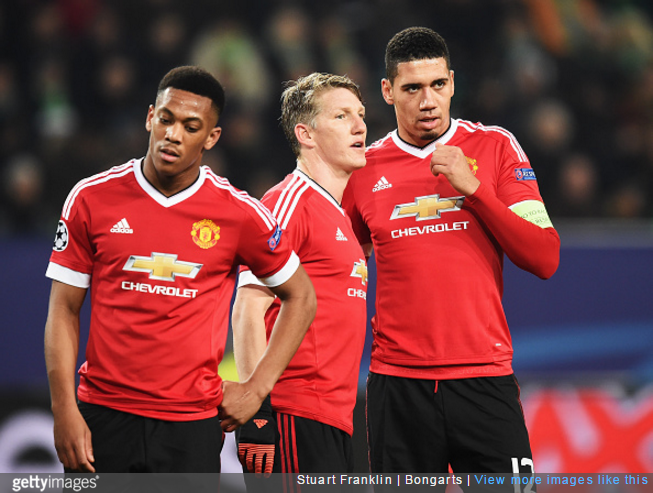 “Is it me or is it bloody boiling in here?”

Manchester United went a-rollin’ and a-tumblin’ out of the Champions League last night with a dramatic 3-2 away defeat against Wolfsburg in their final group game condemning them to their fate.

Whereas you may well cite a lack of creativity, ruthlessness or defensive focus for the loss, it would appear that atmospheric conditions before the game also had a part to play.

In fact, it’s being reported today that United were unhappy with the temperature of their dressing room at the Volkswagen Arena and even asked for the thermostat to be turned down a notch or two before the game.

Indeed, United lodged a complaint about what the Daily Mail describe as the “stifling” heat within the bowels of the stadium:

United asked for the temperature to be turned down at the Volkswagen Arena because Louis van Gaal and his players were uncomfortable as they prepared for the crucial Group B clash in Germany on Tuesday night.

It is understood that the dressing-room was no warmer than usual for Bundesliga games at Wolfsburg’s home ground, but United were unhappy with the stifling conditions.

So this is what it’s come to, eh? It’s all the central heating’s fault.