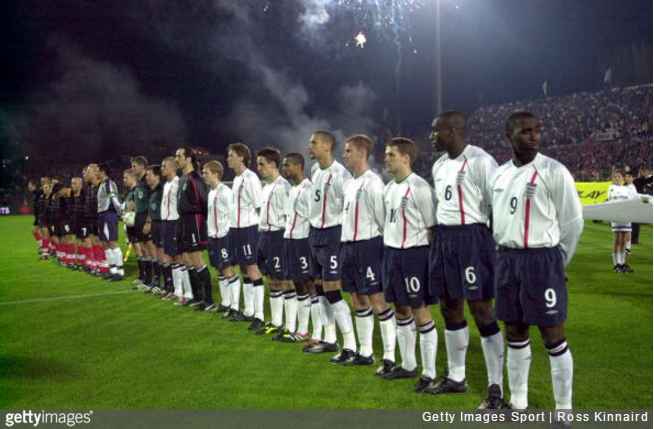 When England played Albania in a World Cup qualifier in the Albanian capital of Tirana on 28th March 2001, five of the starting line-up were provided by just one club – Manchester United.

Gary Neville, Andy Cole, Nicky Butt, David Beckham and Paul Scholes all began the game and, when they were joined by second half subs Wes Brown and Teddy Sheringham, the seven United players on the pitch meant the club equalled an international record that had stood for almost 70 years.

Indeed, it was the first time that so many domestic clubmates had worn an England shirt at the same time since Arsenal saw seven of their men fielded together way back in November 1934.

England ran out 3-1 winners on the night thanks to goals from two of the United contingent, Scholes and Cole, and a young fellow named Michael Owen who came off the bench to score the opener…