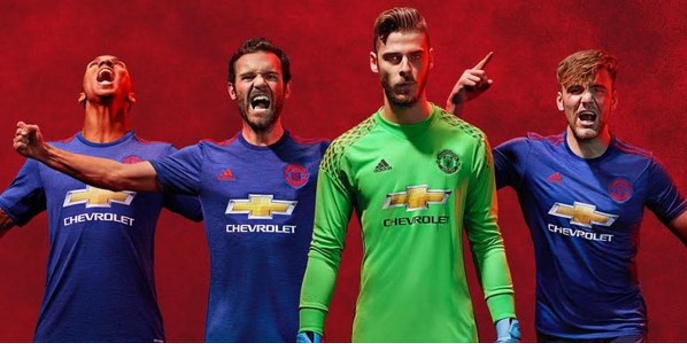 In the aftermath of all the hubbub at Upton Park last night, Manchester United have given their fans a sneak peak of their away kit for next season by plastering their various social media channels with images of the new blue strip.

As is evident in the promo shot above, David De Gea just can’t get enough of it. Face like a wet weekend.

The shirt is rendered in a “collegiate blue” marl with red trim and, once again, would be fairly smart were it not for that bloody chintzy Chevrolet logo… 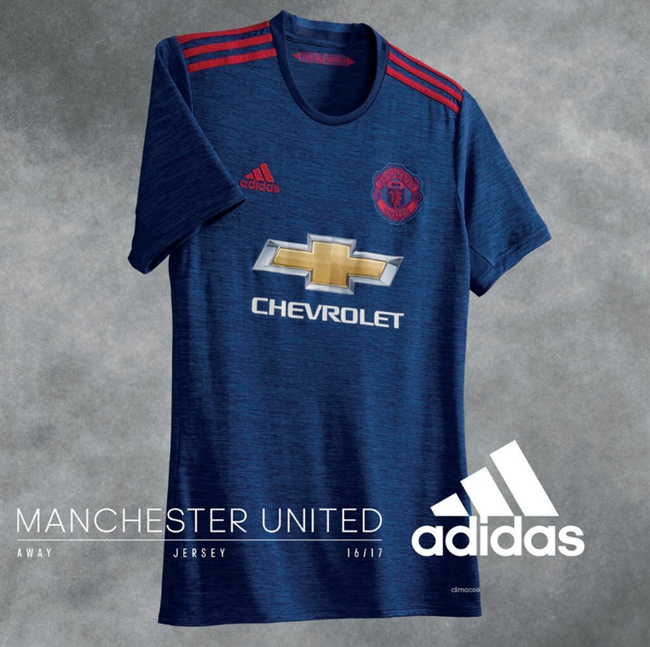 The shirt is available to pre-order now for the entirely unreasonable price of £60.