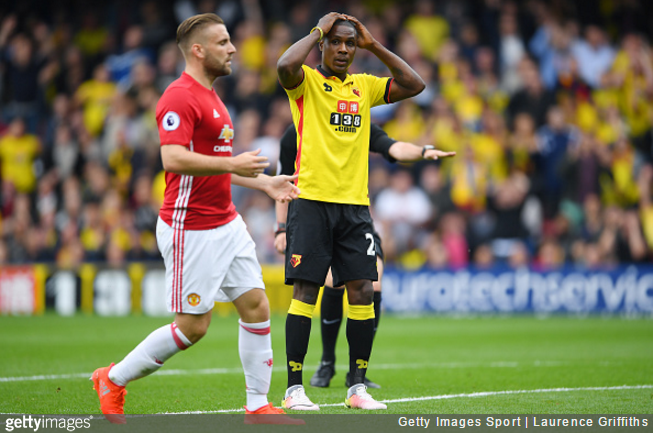 Desperate to get back on the goal trail after scoring just his third Premier League goal of 2016 last weekend, Odion Ighalo dropped an absolute clanger when presented with an open goal against Manchester United.

With the game goalless at the time, Ighalo found himself stationed right in front of a gaping net with the ball at his feet following a communication breakdown between Chris Smalling and David De Gea.

Unfortunately, this is how he dispatched the gift-wrapped chance…

Come in Shanky McShankerton. Your time is up.

It looks even worse from the reverse angle…

Just a timely reminder that Watford turned down a £38million bid from China for Ighalo over the summer.