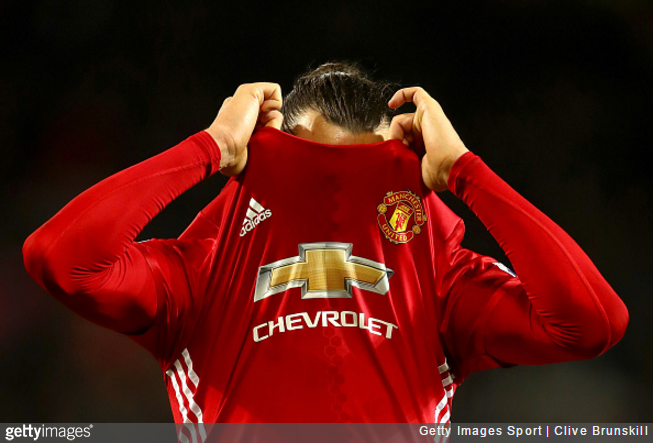 It’s now official. As of Sunday afternoon, Manchester have now made their worst ever start to a Premier League campaign and the statistics therein are most definitely of the ‘damning’ variety.

The point garnered from the fractious 1-1 draw with West Ham was only United’s 20th of the season so far which, after 13 games, is what you might call fairly meagre – especially for a vastly expensive team with designs on winning the title.

Despite being pilloried for their dawdling starts at United, David Moyes had accumulated 22 points by this stage in 2013/14, with Louis van Gaal reaching totals of 22 and 27 respectively during his subsequent two seasons in charge.

By way of comparison, Sir Alex Ferguson already had 30 points on the board after 13 games the last time United won the league, back in 2012/13.

While we’d stop short of calling it a crisis – it really isn’t – Jose Mourinho’s crotchety United side are currently squatting 8 points outside the top four and 11 points behind Chelsea at the summit. That’s £150million spent to crawl ever so slightly backwards, week by week.

One of the more prescient statistical realities is that, having drawn five of their last seven league matches, Mourinho’s side have taken less points in their last ten Premier League outings (12) than half of the teams in the division.

If West Brom are out-performing you, then you’re probably nothing special.

Speaking after the West Ham game, Paul Pogba told the press he thinks United are “cursed“. To that end, it’s becoming ever apparent that we’re watching a team slowly becoming indoctrinated in the ways of Jose.

The old familiar siege mentality. The isolation and ignoring of senior squad members. The repeated dismantling of the starting XI. The constant blaming of ill luck and meddling outside forces. Ending up in the stands before half-time. The lack of joy. The lack of trust. The paranoid tetchiness. The media leaks. The grand conspiracy.

Just compare it to the effervescent gung-ho spirit that Jurgen Klopp has quickly cultivated at Liverpool – the exact same sense of buccaneering camaraderie that won Leicester City a Premier League title last time out.

That’s a truly special quality to be able to instil. Elusive and intangible, and almost entirely indiscernible at Old Trafford at the moment.