Manchester United won the first piece of major silverware on offer this season, courtesy of their hard-fought and rather fortuitous 3-2 win against Southampton on Sunday.

United’s appearance in the final and subsequent victory also forced traditional rivals Liverpool into a bit of Twitter fiddling, with the Reds deleting a major claim in their bio.

However, with United winning on Sunday, the Red Devils’ also registered their 41st piece of major silverware, forcing the Merseysiders’ media team to do a bit of pruning. 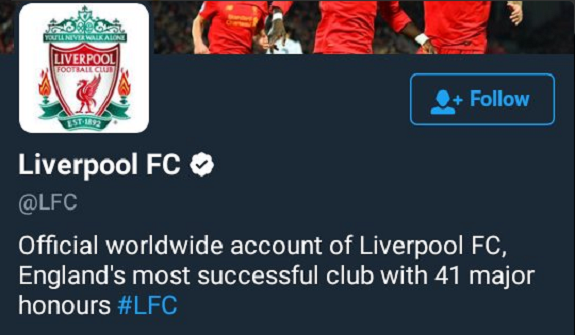