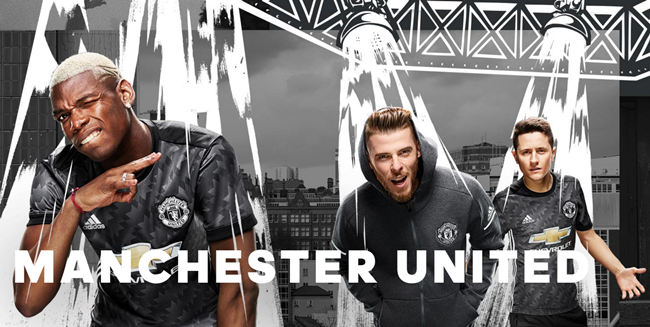 Manchester United have released their new away kit for next season, and it’s grey.

The dark, silvery strip is inspired by United’s 1992 away kit, from which has been lifted the tessellating ‘trefoil’ motif – copying old ideas or “reconnecting with the past to connect with the future”, as Adidas so succinctly put it.

Inspired by 92.
Made for the spotlight.
Our 2017/18 @adidasfootball away kit.
Available now: https://t.co/UScEOgUygN#HereToCreate #MUFC pic.twitter.com/pfxdY2Oosa

Yep, we know. We’re also gutted that the grotesque ‘holy trinity’ concept shirt that was leaked a couple of months ago was nothing more than a filthy hoax.

Here’s a little more on the ethos involved in the actual design process, as narrated by Inigo Turner, the design director in charge…

And here’s the kit in all it’s steely glory… Obviously, United have something of a chequered past when it comes to grey away kits.

Next season’s trip to Southampton might trigger some shuddering flashbacks for fans of a certain vintage.