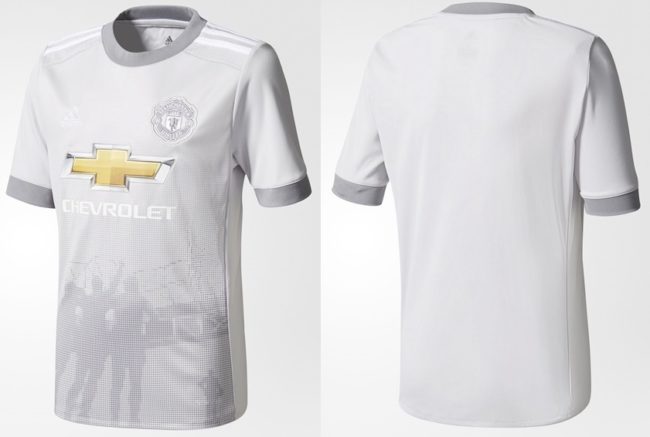 Manchester United have released their new third kit for 2017-18 and it’s not nearly as bad as it might have been.

When images of the strip leaked a couple of months back it looked like United’s ‘Holy Trinity’ homage was shaping up to be an eyesore – “Morph and his family choosing which rollercoaster to go on” – but, mercifully, the design is much more subtle than first feared.

Instead, the demure silvery-grey shirt features a delicate image of Messrs Charlton, Best and Law, stood on their plinth outside Old Trafford…

Adidas have revealed that the shirt was actually initially conceived by a United fan using their Creator Studio software.

The ‘Holy Trinity’ graphic was proffered forth by Italian supporter Nello Carotenuto, a 21-year-old computer science student at the University of Salerno.

United back in grey, eh? What could possibly go wrong…

Anyway, in mitigation, we’re picking up distinct hints of United’s 1995/96 home shirt, which had a large graphic of Old Trafford incorporated into the ‘background’… 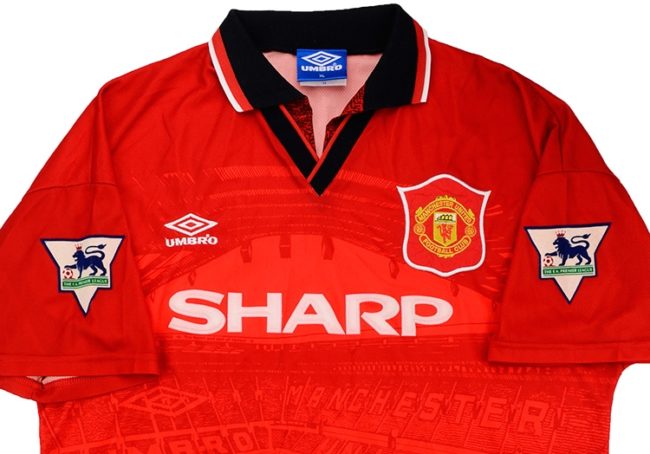 Now that, dear friends, is a classic of the genre.