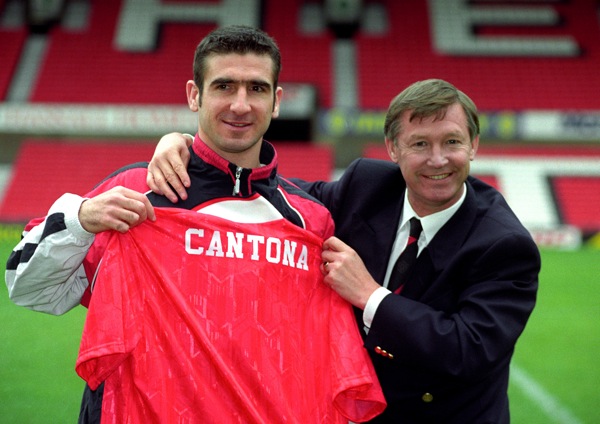 Eric Cantona is the most influential footballer of the last 10 years. Unfortunately for a website with the comments enabled, this isn’t an opinion: it is indisputable fact.

Eric Cantona won five titles in six years. Being French, he had a year off. Being Cantona, he had a year off because he broke the fourth wall of football, in a valiant attempt to break the face of a particular vermin at Selhurst Park. Now, to anyone with any sense of justice, which cannot be separated from misanthropy, that’s better than winning a title.

Cantona brought justice and violent retribution to football in the most irrepressible and undeniably fair manner that football has seen. Football in the late 1980s and early 1990s in England had an accepted violent streak. Roy Keane could do this to Neil Pointon. Gordon Strachan could exist. Cantona has influenced what we get now by carrying this into the late nineties, but highlighted the failings in the modern footballer by just doing it so much better. Admire his blackout rage funks on YouTube, and compare it to the sullen self-pitying vengeance of David Beckham at the World Club Championships in 2000 or John Terry and Jamie Carragher in their whole lives.

I don’t want to be down on football, and life, all the time, but Cesc Fabregas is the only footballer in the Premier League who has taken his team from one era into another – the only worthwhile constant from the notoriously quiet arse end of the Invincible Highbury Gunners to the notoriously quiet posh seats (every seat) of the Emirates. Cesc is no stranger to the Footballers’ Arrogant Funk. How has he defined his rage at injustice and the existence of other people? He’s kicked a fan in the face. Hang on, that should read: He’s thrown pizza at an old bloke and gobbed at Brian Horton. Well done Cesc! 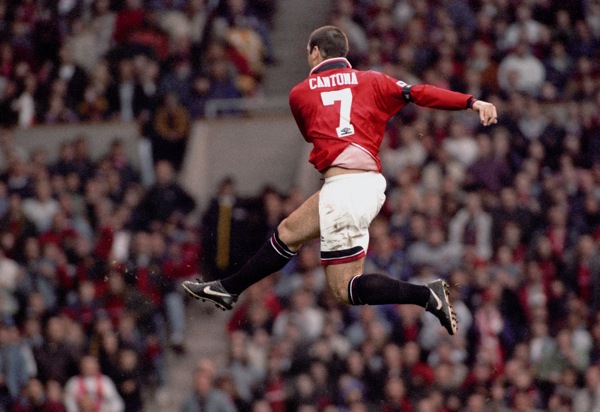 Of course Le Funk wasn’t just deserving of whole-hearted adulation for chinning idiots. He was a fantastically adept footballer without this. He possessed such technical brilliance that he played with just one arm for balance, using the other to flick insouciant Vs at The Whole World. He was unlike Wayne Rooney (mentor – his own idiot savant), Robbie Fowler (mentor – Roy Evans) or Paul Gascoigne (mentor – self-destruction) where people argue that to take away their mojo would make them less effective. He had his own advisor, who saw past the troubles the world would enforce upon him for his self-conviction, to see an effectiveness that meant Jean-Pierre Papin named him as his favourite team-mate. His mentor was a man of such talent that he was a member of the second best midfield of the modern era – the French midfield of the 1980s – Michel Platini. How does that compare, ‘Robbie‘?

The best midfield of the modern era, to clarify, was the three geniuses – Giggs. Scholes. Keane. Beckham. Yes, Ferguson contributed to this, but the four were predestined to achieve a measure of greatness in that combination. What is remarkable is not that Ferguson gave them his USP, the at times absurd commitment to victory, but that in these four you can see the four finest points of Cantona. Keane, the rage as leadership, Beckham, the perfection from practice, Scholes, the best English technical player of all time, and Giggs, the ‘ability’ to be perplexingly indulged by Ferguson, only to display unexpected patches of inspiring and important form. 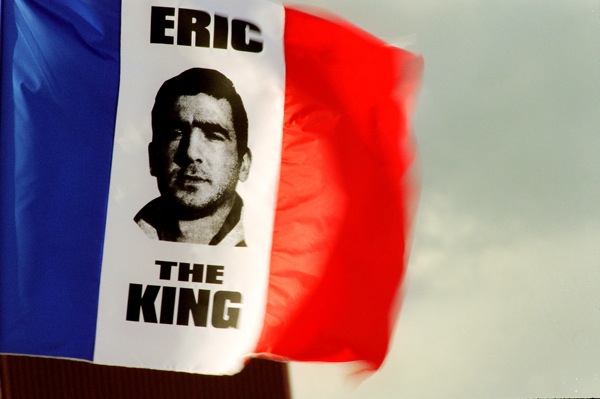 The notion of his important form is the most compelling reason to accept – and you have to accept – that Cantona is the most influential footballer of the last ten years. Without his form in the preposterous 1-0 Cantona/Schmeichel victories, you wouldn’t have Manchester United as the overarching force in The Premiership. For Newcastle United, you wouldn’t have Kevin Keegan’s self-implosion or Alan Shearer’s disgusting and demonstrably unjustifiable, in comparison, self-belief. For Arsenal, you would not have the template of arrogance backed up by ability of Thierry Henry or the notion of a talismanic player uniquely reflecting an entire club’s values in Fabregas. You would not have the persistent attempts of fans to indulge the most grotesque personalities of the lowest of the low, Terry and Lampard, if it wasn’t for the knowledge that once there was a remarkable spiritual connection between one footballer and thousands in a crowd. You would not have all the good of English football, and you would not be aware of the consistent shortcomings of every player, and every other human being you will ever meet, if it wasn’t for Eric. 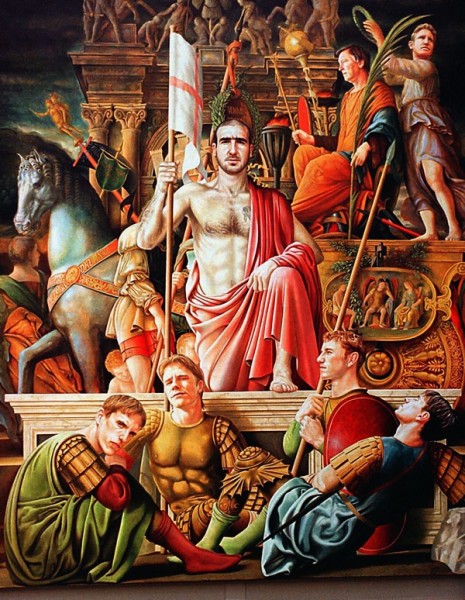 Lastly, he did this.