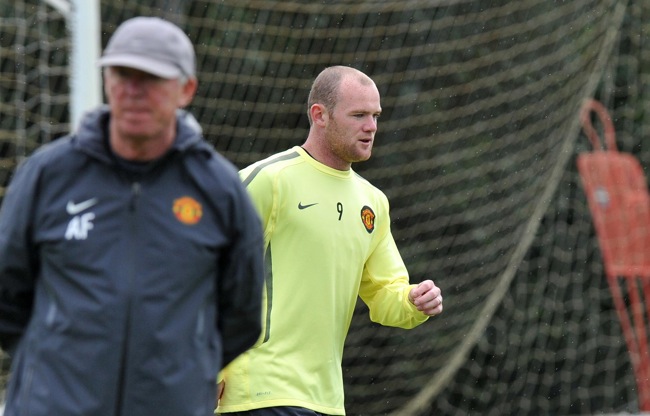 To the outsider, it might appear that Wayne Rooney is very much heading the same way as Paul Ince, Jaap Stam, David Beckham and Roy Keane (to name just four high-profile Man Utd stars who fell out with Sir Alex Ferguson).

Rooney has still not signed a new deal at Old Trafford, and he and Fergie are singing from different hymn sheets this season.

When asked whether his ankle felt sore after the England vs Montenegro match, Rooney answered curtly: “I’ve had no problems with my ankle all season. I have been 100 per cent fit.”

And when pressed on why Fergie told the media that he was injured, Rooney shrugged and said: “I don’t know.”

It is well known that Fergie hates his players making the headlines for non-football reasons (which explains partly why the United boss loves Paul Scholes so much), and the recent prostititute scandal will have done Rooney no favours at Old Trafford.

Using basic tabloid maths, all this adds up to a Rooney exit sooner rather than later. But where to? I’d bet on Wazza reuniting with Ronaldo at Real Madrid. We’ll see. On current form, it’s not like Rooney is an indispensable player.