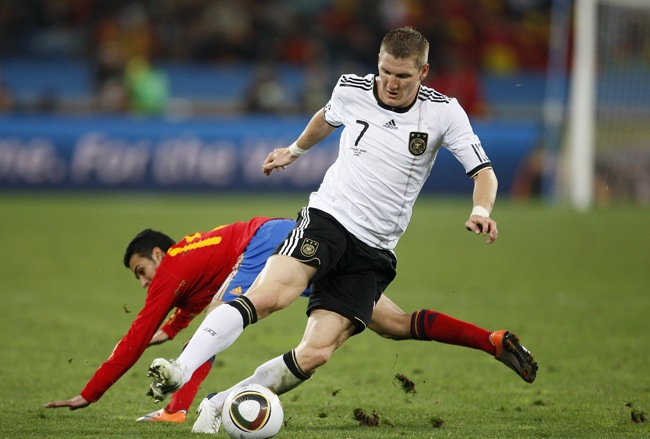 Given Wayne Rooney‘s recent pleas for Manchester United to fritter away millions in the name of ambition, the scope for the rumour-mongers of this world suddenly became vast, and it was only really going to be a matter of time before some of the biggest names in European football were mentioned in passing.

After various guff concerning usual suspects Gareth Bale, Franck Ribery and Wesley Sneijder did the rounds over the weekend, this morning comes the turn of Bayern Munich’s midfield hub Bastian Schweinsteiger to be linked with a big-money summer move to Old Trafford.

The big-money in question? 35 million of your English pounds to be precise, although quite where United are going to pull £35 million from is anyone’s guess – perhaps letting Anderson move t’other way might soften the blow a little?