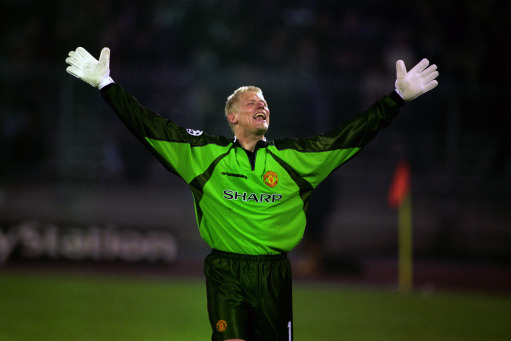 Ex-Manchester United ‘keeper Peter Schmeichel has admitted that he’d love to see his former employers sign Pepe Reina from Liverpool as he believes that United need a ready-made No.1 to take over from current custodian Edwin van der Sar rather than a young pretender.

When Schmeichel left Old Trafford in 1999, a string of hopefuls were bought in to succeed him, but the supreme Danish stopper wasn’t properly replaced until van der Sar joined the club from Fulham in 2005 – the veteran Dutchman providing a consistent and reliable presence betwixt the sticks ever since.

However, Van der Sar is known to be flirting with the idea of retiring at the end of the season after turning 40 a couple of weeks ago, with speculation mounting as to who will be his successor – with Reina finding himself firmly in the frame after admitting that he may be willing to leave Anfield come the summer.

“You can look at talent, you can look at young, good players, you don’t want that, you want someone that can go in straight away and give performances in 80 per cent of the games that the No.1 choice goalkeeper will play for Manchester United.

“Too many goalkeepers have been through in and out of the doors at Manchester United and I think now the general perception is, for this team to play well and win trophies, that position has to be someone who is of the very, very highest quality, but also with the right experience and that’s why I think someone like Reina would fit the bill.

“The rumours are very, very strong around Old Trafford with this. A lot of goalkeepers are mentioned, but Reina seems to be the one that fits in the team and if he ever was to leave Liverpool, which again there is a big, big rumour he will, Manchester United would be a great club for him to come to.

“I hope that someone like Pepe Reina will go to United when Edwin calls it a day and I hear rumours that he is going to leave Liverpool so for him to go to Man Utd would be very, very good for us.”

Is Schmeichel merely sh*t-stirring on behalf of his old club, or could it be that he is genuinely privvy to some bona fide insider information?