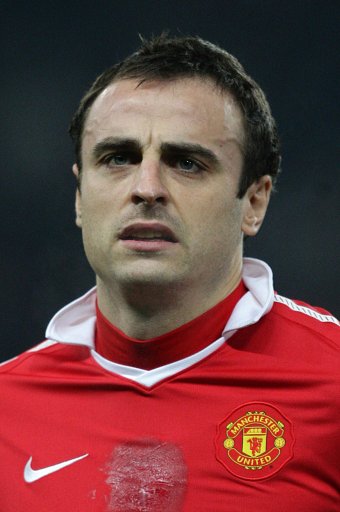 Misery, thy name is Berbatov

Manchester United striker Dimitar Berbatov has been bestowed with the prestigious ‘Bulgarian Player of the Year’ award for the fourth consecutive year (thus equalling Barca legend Hristo Stoichkov‘s record for successive wins) and for the seventh time in his career overall – though he used his acceptance speech to plead with the country’s journalists to cease and desist voting for him, as he never wants to be landed with the gong again.

Upon taking to the podium, 29-year-old Berbatov mumbled:

“I prefer to see some of the younger boys winning the award. Please, I urge you, don’t vote for me anymore.”

Berba then sauntered off the podium, hands firmly rooted in pocket, completely ignoring a group of homeless war orphans that had gathered to ask for his autograph at the side of the stage before hoofing a tiny, doe-eyed puppy into the lighting gantry out of sheer spite.