C-Ron haters, and Sky Sports, are resorting to this classic line. But is it true?
In the Alex Ferguson era, there seems to be two distinct categories of United players who have been shown the exit door:
1) Young players who were tipped for great things but never quite made the grade (Lee Sharpe, Luke Chadwick, Jonathan Greening etc.)
2) Marquee players who pissed off Fergie (Paul Ince, Jaap Stam, David Beckham, Ruud van Nistelrooy etc.)
All seven of the players mentioned above (I could list many more) had their best years in a United shirt, with the possible exception of Greening, who is the captain of a decent club and widely admired -Â still, he was relegated this season, so I’m sure he must sometimes dream about his days on the fringes of United’s first-team squad, when a trophy-littered career stretched out in front of him.
Sometimes, as in the case of Chadwick, “best years” means nothing more than being able to look back and say you were once tipped as one of United’s rising stars. Because since then, his career looks a bloody mess.

The thing is, it doesn’t get much better than playing for Manchester United, even if you don’t always make the starting XI. Carlos Tevez may realise this if he leaves, or he may end up helping Liverpool or Chelsea to win the title next season. No one can possibly know how his career will work out.
The same goes for Cristiano Ronaldo, who is going to the one club that does have more cash, prestige and fans than United. Real Madrid was the only possible destination for him, and I don’t know if he will lead the second incarnation of Galacticos to a La Liga/Champions League double. It’s possible.
What I do know is that hype is temporary, reality isn’t. So when Ronaldo’s writhing around on the floor, having been chopped down brutally by a monobrowed Getafe defender, maybe he’ll think, “I miss the Premier League, that Paul Konchesky wasn’t such a bad lad.” 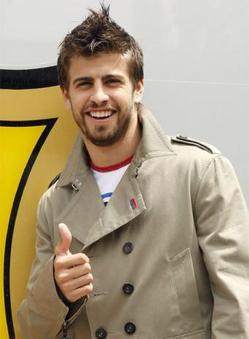 Of course, there are exceptions to every rule. Stand up Gerard PiquÃ©, who did benefit greatly by leaving United.