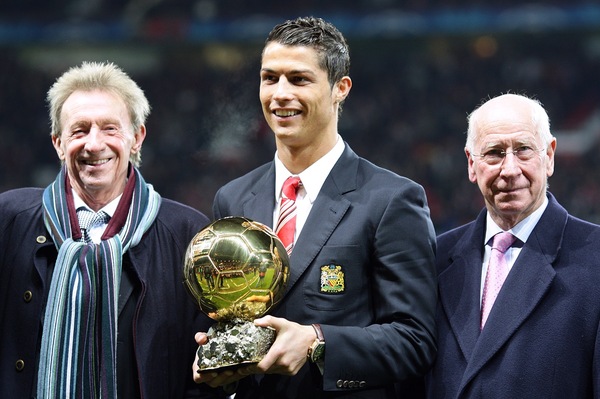 “Who are these old men?”
Few objective fans could deny that Cristiano Ronaldo is one of Man Utd’s all-time great players.
But where exactly does the departed C-Ron rank in United’s hall of fame, alongside legends like George Best, Bobby Charlton, Duncan Edwards, Eric Cantona, Roy Keane, Bryan Robson, Peter Schmeichel, Denis Law, Ryan Giggs, Nobby Stiles, Paddy Crerand et al?
Let’s say United’s top five all-time legends looks something like this:
1. George Best
2. Bobby Charlton
3. Eric Cantona
4. Duncan Edwards
5. Roy Keane
Did Ronaldo do enough in his time at Old Trafford to crack that mighty top five? Would you go as far as putting him at No.1 (some fans would)? Or is he not even a legend, simply because of the way he conducted himself off the pitch?
Let’s have it…