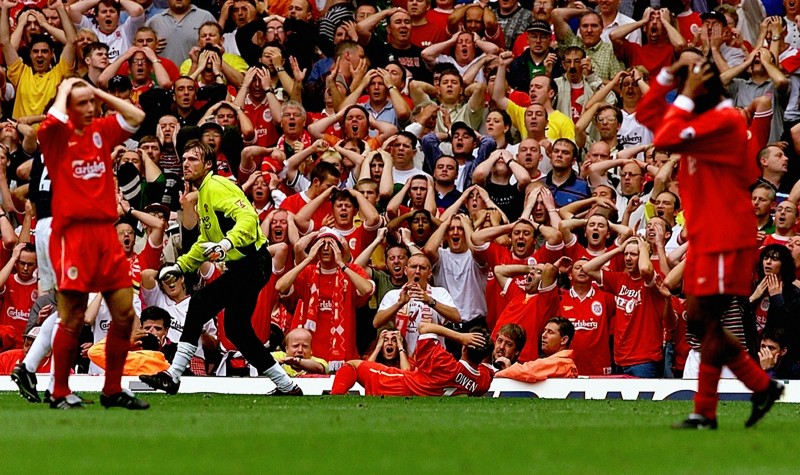 Sat 11 Sept. 1999: Liverpool striker Michael Owen holds his head after his shot is saved by Man Utd keeper Massimo Taibi, during a clash between the two teams at Anfield. [Photo: Phil Noble/PA]

United won this pulsating match 3-2, thanks to an Andy Cole header (Cole was sent off in the second half, after lashing out at Rigobert Song), sandwiched by two Jamie Carragher own goals – two!

The match was also notable for being Taibi’s United debut – tough place to debut, eh. The Italian made several fine saves (I think he was also voted man of the match), but he was badly at fault for Liverpool’s first goal, when he flapped at a free-kick but missed, allowing Sami Hyypia to score with a header.

The teams that day:

Let’s hope for another thriller this afternoon…