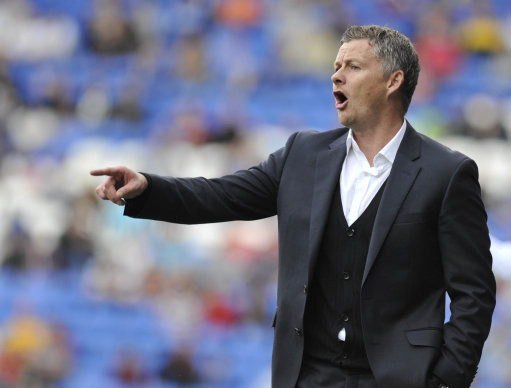 There had been rumblings for the past few days but the Vincent Tan-shaped hammer has fallen at Cardiff City and Ole Gunnar Solksjaer is their manager no more.

Solskjaer took over following the grubby end to Malky Mackay’s tenure at Cardiff back but was unable to keep the club in the Premier League as mandated.

The Bluebirds have since got off to a fairly mediocre start in the Championship this season and, as such, Solskjaer has decided to step down of his own volition…

“Ole was hired by Cardiff City on our understanding and belief that he would help us fight relegation from the Barclays Premier League.

“Unfortunately that did not happen. After the club was relegated many people advised me to let him go, but I decided to keep Ole on for the Championship season.

“Regrettably our recent results do not justify Ole’s continued role as manager at Cardiff. Ole has therefore decided to step down and I have accepted this.

“During my short association with Ole, I have found him to be an honest and hardworking professional, but unfortunately the football results were not in his favour.”

Tony Pulis is now bookies’ favourite to step into the void – which would make all kinds of sense – though the likes of Neil Lennon, Tim Sherwood, Billy Davies and even Craig Bellamy are all being mentioned in passing.

Having gone six games unbeaten in the Scottish Premier League so far this season, Dundee manager Paul Hartley had been heavily touted – though Dundee’s top brass have moved swiftly to nip all that in the bud.

This is tailor made for Pulis, surely?