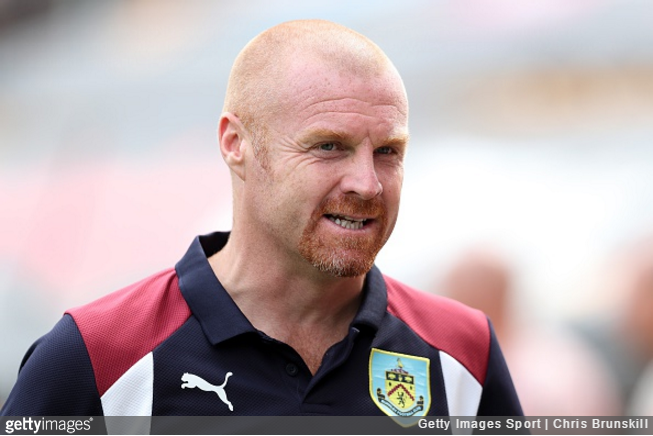 Burnley manager Sean Dyche has said, for the umpteenth time, that he believes British coaches are not getting a fair rub of the green as they continue to fight against the “branded jeans” mentality currently rife in the modern game.

With an influx of dashing foreign super-coaches arriving to take top jobs in the Premier League over the summer (of the seven permanent appointments made in the top flight, only one – Sunderland’s David Moyes – is of British stock), Dyche has become increasingly concerned about the lack of opportunities being afforded to indigenous managers.

Generally there is still this edge towards foreign coaches and managers.

Why do you buy a branded pair of jeans rather than the other pair? Because you think they’re better, but they might not be.

There’s a bit of spin. There’s still a thirst from the populous for foreign managers and foreign players. They’re a bit more snazzy, ‘let’s see what this Belgian manager or this Argentinian manager can do’.

It seems to me it’s still there, it has been for a number of years, and I don’t think it’s radically changing.

After hauling little old Burnley up and out of the Championship twice in the last three seasons, Dyche has fostered himself a more than decent reputation within the English game.

However, he still feels his foreign counterparts get undue credit for their new, exciting and exotic practices – like making players run around in training and introducing revolutionary bans on junk food.

Antonio Conte came in at Chelsea and he got commended for bringing a hard, fast, new leadership to Chelsea, which involved doing 800m runs, 400m runs and 200m runs.

I thought that was interesting because if you see us doing that you’d say we’re running them round in circles – ‘a young English dinosaur manager. Doesn’t know what he’s doing’. At Chelsea under Conte everyone thinks it’s amazing.

I saw (City left-back Gael Clichy) talking about the diet that Pep has brought in. He’s stopped pizza…he’s a genius already in my view.

I’m being flippant but I’m being serious as well. It’s true, that is the misperception.

Clichy was talking about how this new diet was amazing, saying we don’t eat junk food. We’ve been doing that since I got here. I did it at Watford, so do other English managers.

This old chestnut again. The clarion call of the scorned, underappreciated British and Irish manager – 67 (68 if you included Mike Phelan, in temporary charge at Hull City) of whom are currently employed by the 92 clubs that make up the top four tiers of the English league system

We’d go as far as to suggest that most clubs, especially in the upper echelons, don’t really care about the nationality of the man they’re hiring.

What they’re probably concerned with is taking on a well-rounded, intelligent and talented individual with an international predisposition, an adaptable skill set and as much top-level experience as possible.

But hey, what do we know?