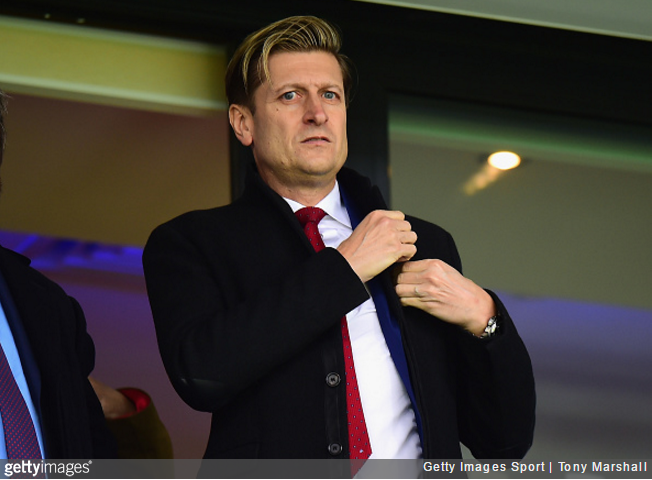 Yep. We had no idea it was still going either.

Any road up, it’s been announced that Parish will be one of two new Dragons entering the Den for the show’s 15th series, along with Jenny Campbell, who made her millions by founding a cash machine company.

The man himself told BBC Newsbeat:

I’m thrilled to become a dragon and really excited to meet the entrepreneurs in this series, see what ideas they bring to the den and how I might be able to help them grow.

Parish won’t be the first football big-wig involved in the show either, with Theo Paphitis briefly serving as Millwall chairman before entering the Den back in 2005.

There’s a joke about having experience of ploughing millions into lost causes in there somewhere, but frankly we’re much too polite to make it.