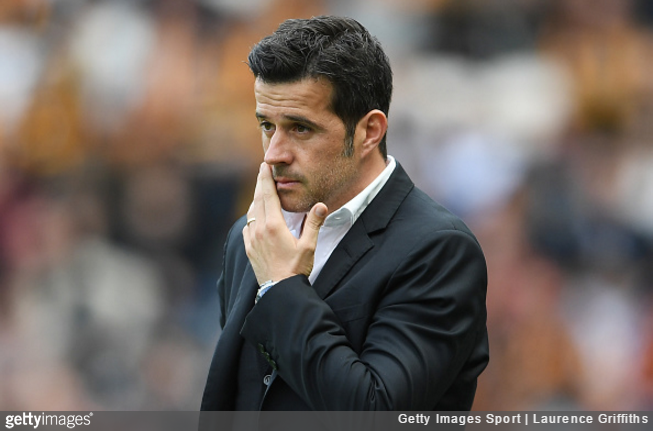 Not that it was ever going to pan out any differently, but Marco Silva has today official resigned his post at Hull City.

The Portuguese coach spent 139 days in charge at the KCOM Stadium, taking a lost cause and hauling them up off the bottom of the table only to eventually come up short in the struggle to stave off relegation.

Given the impact he made in such a short period of time, Silva now finds himself a wanted man with a succession of top-flight clubs reportedly vying to get him on board for next season.

According to the Independent, Silva had been in Portugal for talks with the Porto hierarchy, only to return to the UK on Wednesday when negotiations collapsed.

The Hull Daily Mail add that Silva then met with Tigers owners Assem and Ehab Allam that same night to formally reject the offer to remain in charge next season.

Marco Silva’s #hcafc reign is effectively over. Told Assem and Ehab Allam he would move on last night https://t.co/48UrWIn1Oa

During the aforementioned meeting, Silva activated the break clause in his contract, thus severing his ties with Hull with immediate effect.

So where next? Well, as things currently stand, Silva is bookies’ favourite to take up the vacancy at Crystal Palace, though similarly manager-less Watford are also dead keen to take him on.

There are also extraneous rumours that Southampton might make a move, despite Claude Puel doing a perfectly adequate job at St. Mary’s this season.