Will Zlatan and his blond team-mates have more fun at the Euros? 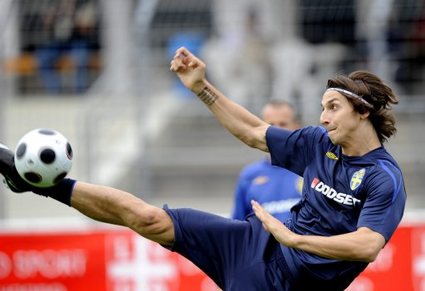 What the media say “All in all the Swedes look good for another unspectacular progression out of the group stages, after which they will be hoping to surprise a few people. On the other hand, they’ll probably get France in the last eight. So quarter-finals and no further it probably is.” [Guardian Unlimited]
What the bookies say They don’t have much faith in the Swedes, who are available at a best-priced 50/1.
Pies predicts If Zlatan hits top form, anything is possible. But the chances of him doing that consistently are slim indeed. Sweden’s squad is largely uninspiring, and although they rarely underperform, I can’t see them making the last eight. Third in group
Shit Lookalikes Freddie Ljungberg & David Beckham