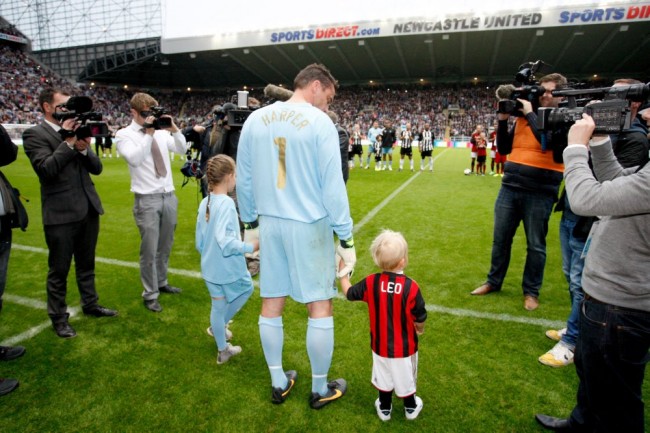 Disappointingly, the game finished 0-0 (gone are the days when testimonials were a bit of fun, it seems) with Milan winning 2-1 in the penalty shootout with Steve Harper missing his kick for the Toon.

Having kept his inclusion hush hush beforehand, Paolo Di Canio started for Milan and, as you can well imagine, the Sunderland manager received a colossal booing as his name was announced during the pre-match line-ups (he responded by blowing kisses to the crowd!), though the Italian did have the last laugh when he scored in the shootout. This coming after being well and truly nobbled by Joey Barton!