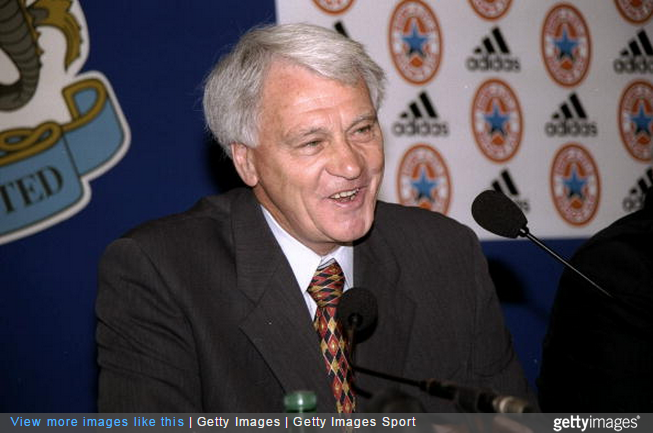 “It’s a lovely sunny day – a great day to be manager of Newcastle United. I thought Barcelona was a big club but I think this has just pipped that.”

With those typically buoyant words, the late Bobby Robson stepped into the hotseat at St James’ Park in 1999.

It was just five days after Ruud Gullit had quit, leaving the Toon with just one point from the opening six games of the season. Former England manager Robson had left his role as manager of PSV Eindhoven in the summer, and was taking over the club he had supported as a boy.

“I have got a massive job ahead of me,” he forecast, and at first it seemed the whole ‘prodigal son returning to bring long-hankered-for success’ thing looked as if it might just come off. The Magpies finished 11th that season, and the following year fourth – thus securing Champions League football.

The following year he went one better, taking the team to third place, followed by a fifth-place finish in 2003/04.

However, in 2004/05, he was dismissed by director Freddy Shepherd after a poor start and amidst rumours of dressing room discontent. Shephard later said it was “like shooting Bambi”.

It’s been pretty much downhill at Newcastle ever since.

As a fitting tribute to one of football’s most lovely gentlemen, here’s Sir Bobby demolishing the old Newcastle Brown Ale brewery with 250kg of explosives in 2008…