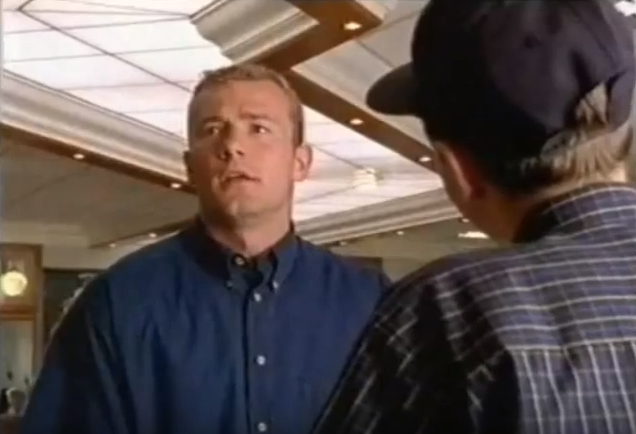 With all the will in the world, with his furrowed brow and voice less melodious than a dot-matrix printer, Alan Shearer simply is not a font of natural charisma.

As such, it shouldn’t come as much surprise that the-then Newcastle striker struggled to inject much life into his dialogue after being plonked in the middle of a McDonald’s advert during the run-up to the 1998 World Cup.

The mini-vignette sees a young Geordie desperately trying to get Shearer’s autograph only to be spurned at every turn, until a fortuitous meeting at their local fast food outlet (coupled with a bit of wry signature-based gamesmanship) changes all that…

Do the damn, blasted kids of today even know what a cheque is/was?