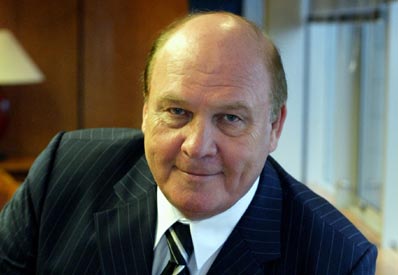 Former Newcastle owner and career gobshite Freddy Shepherd has backed Mike Ashley‘s callous decision to sack Chris Hughton on Monday, claiming that he saw the dismissal coming from a mile off and that he’d have taken the exact same action were he still in charge at St James’ Park.

“I may be the last guy to tell anyone how to run as football club but no-one should be surprised.

“The signs were there, no contract, no transfer funds and no replacement for assistant Colin Calderwood. I’m surprised anyone is surprised. The writing was on the wall – remember, nice guys don’t win.

“If I had been Mike Ashley I’d have been worried as well. I like Chris Hughton, he’s a great guy, in fact I’ve not met anyone as decent as him but it was heading one way in my opinion.

“A lot of people won’t agree with me but I think [Ashley’s] done the right thing. I would have done the same.”

Freddy Shepherd there, still doing his utmost to cement his reputation as a waddling PR disaster-zone.