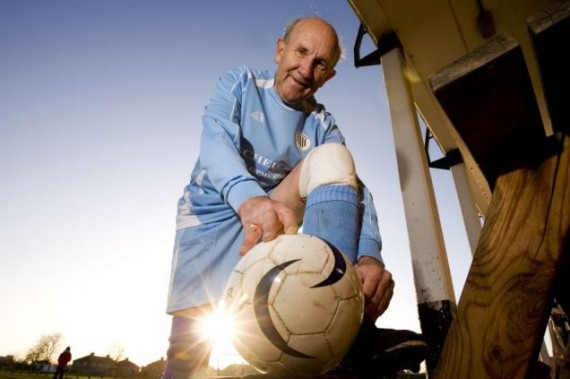 While still a few years younger than Brad Friedel looks, 74-year-old grandfather of five Derek May has hit a career milestone that not many can boast after tucking away his 1,300th career goal – only Romario probably has more goals to his name, though he tends to count goals scored in Subbuteo and against his kids in the back garden.

Derek plays for Kent-based club Meridian FC and tucked away a ‘perfect penalty’ (according to the club’s website) in the Southern Vets League Second Division in his side’s 7-1 thrashing of Borough United last weekend.

Pensioner Derek began his career in 1954, still plays three times a week and is adamant that he has no plans to retire any time soon: “I will pack it up, when it packs me up,” he said.