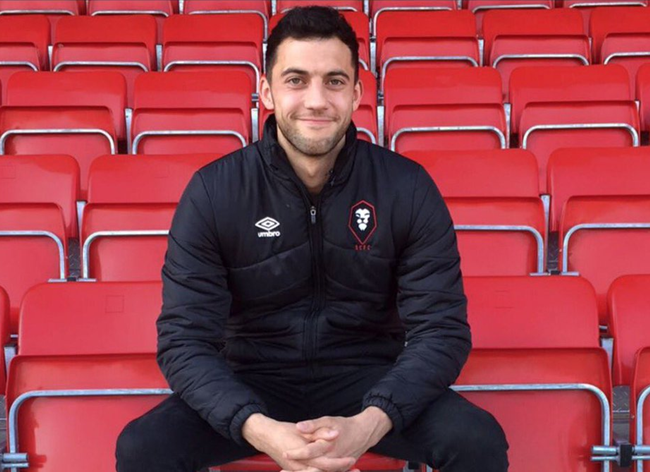 Salford City were forced to plug through the latter stages of their National League North tie against Bradford Park Avenue today after goalkeeper Max Crocombe saw red in the 87th minute.

Funnily enough, Salford were relieved of their ‘keeper because their keeper chose to relieve himself as play carried on around him.

88: Red Card! Crocombe see red for something off the ball. No one has a clue what has happened. 1-2

Fortunately, it would appear that Bradford Park Avenue’s social media correspondent had a much better view of the incident…

87′ – We can confirm that Crocombe has been sent off for urinating during the game. We are not joking. #greenarmy (1-2)

Seems Crocombe was dismissed for doing the ‘Jens Lehmann Shuffle‘, as it’s known in the trade.

Question is, why didn’t he just wait until full-time?