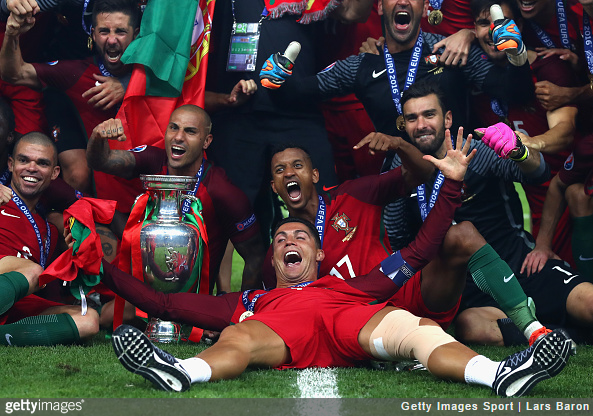 It’s done. Euro 2016 is finished, over and done with, done and finished with, finished and over with. Done. Now we can talk about it.

Did you actually enjoy it? Pies can’t quite convince ourselves either way. Wales and Iceland aside, the group stages were generally passable with odd moments of genuine drama. The knockout stages – by and large cagey, tense and micro-managed – not so much.

The problem with a frantic last 10 minutes of extra time or a memorable shoot-out (Germany versus Italy, par example) is that it tends to eclipse the 110/120 minutes of soul-sucking, mind-numbing tedium it took to get there.

Elongated periods of dull, unimaginative possession retention. Too many teams attempting to out-stifle each other with identical game plans. Too many teams playing conservatively as if painfully aware of the high stakes. Not enough efforts on goal. Not enough flair, spontaneity, end product, tempo, urgency or will to win inside 90 minutes.

In all honesty, looking back, a lot of it was incredibly dull.

That being so, it perhaps surprising then that the goal-scoring stats actually rank quite highly in all-time terms.

Euro 2016 saw more goals scored than any other previous European Championship tournament: 108 in total. That’s an average of 2.12 goals per game, with one goal going in every 44 minutes.

While the expansion to 24 teams must be factored in, Euro 2016 compares favourably with most of the other modern-era tournaments in terms of goalmouth action… 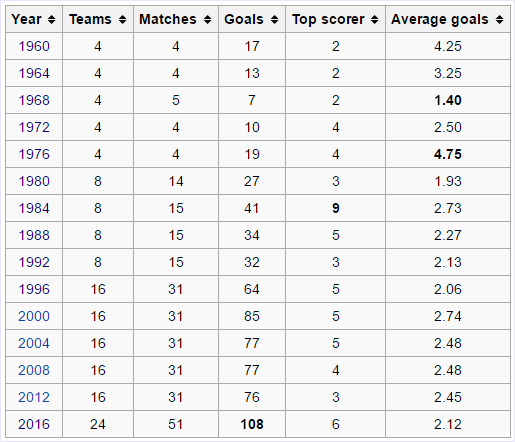 The whole tournament was perhaps most eloquently summed up by its final match, with Portugal and France contesting a stupefying shocker of a borefest until it finally clicked into life in the 109th minute. The only real theatre before that point came as the result of a tweaked knee ligament.

Incidentally, the 2016 entry was the longest a European Championship final has ever remained goalless, and by some distance – the previous record being set in 1996 when it took Patrik Berger’s 59 minutes to break the deadlock with a penalty against Germany.

What’s the verdict, Pies fans? Was Euro 2016 actually any good? Were you able to appreciate it on the whole? Let us know…