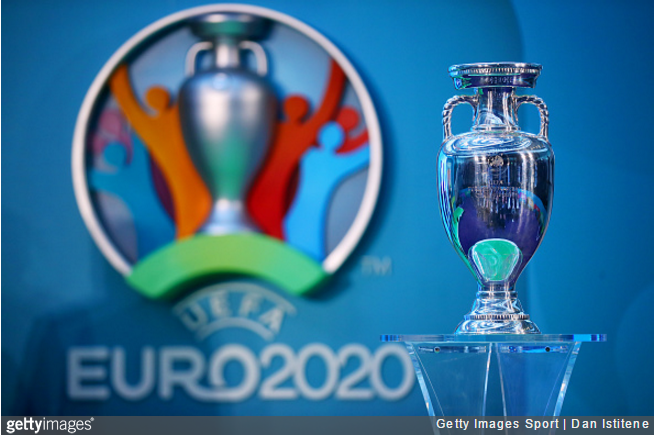 UEFA have spent the morning proudly divulging details of Euro 2020 at a launch event in London.

As per Michel Platini’s vision of a pan-continental celebration of football to mark the 60th anniversary of the finals, the tournament will take place in a slew host cities across Europe.

With no hint of irony, UEFA are attempting to ‘bring football together’ by spreading it across the length and breadth of an entire continent.

Newly-elected president, Aleksander Ceferin, spoke of returning football “to its mythical cradle” with Wembley scheduled to stage a semi-final as well as the final itself.

As well as London, a further 12 cities in 12 different countries will also host games with Munich, St Petersburg, Rome and Baku (capital city of famed footballing stronghold Azerbaijan) all getting a quarter-final and three group stage game each.

Elsewhere, Bucharest, Budapest, Copenhagen, Amsterdam, Bilbao, Brussels, Dublin and Glasgow will all also be charged with putting on three group games as well as a Last-16 tie.

If you’re struggling to visualise the sheer sprawling idiocy of the thing, then here’s a helpful visual aid… 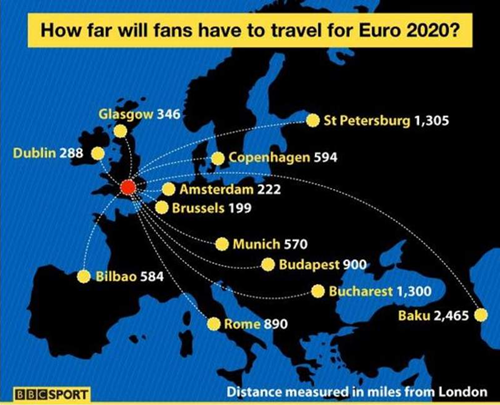 The cost for travelling fans – if there are any – will be absolutely astronomical, with no UEFA-backed subsidies planned to ease the financial burden.

Indeed, FA chairman Greg Clarke openly stated today that he’s “unsure” if UEFA will be able to do anything for fans regarding travel expenditure, merely making the glib suggestion that they start saving up for it now.

In other words, you’re on your own – unless of course you have the good fortune to be a UEFA delegate or guest of some kind. Once again, the fans are the ones who quite literally end up paying for UEFA’s selfish conceit.