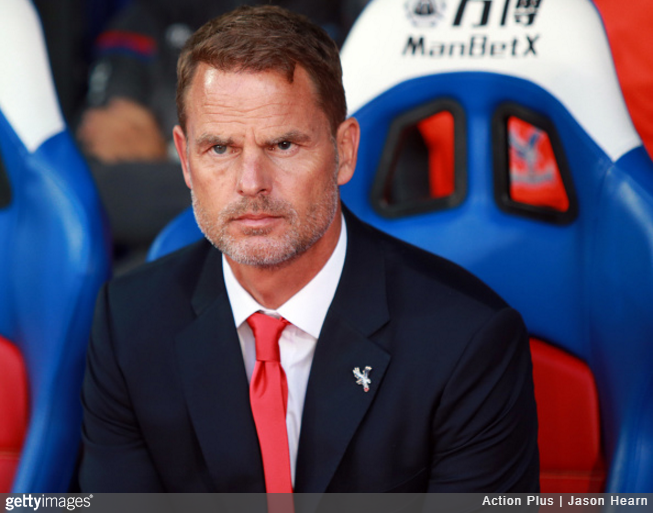 After trying and systematically failing to transform Crystal Palace into a working facsimile of the 1974 Holland side in the space of four matches, Frank de Boer’s micro-tenure at Selhurst Park is today officially at an end.

Did he take on too much, too soon in attempting to impress an expansive 3-4-3 formation upon a team long-steeped in the dreary brine of Tony Pulis, Neil Warnock, Alan Pardew and Sam Allardyce?

Whatever the weather, De Boer was given a crack at spearheading the great Palace metamorphosis and 77 days, four matches, zero goals and zero points later, here we are: back where we started.

After coming a cropper with one of those foreign types in charge, it now looks like Palace are already prepared to bin off their avant-garde revolution for the time being with the news that Roy Hodgson is being lined up to shuffle into De Boer’s breach…

As mentioned previously, Palace chairman Steve Parish scoured 37 candidates as part of the club’s search for a new direction and identity following Allardyce’s departure at the tail end of the 2016/17 season.

The final choice, as it panned out, was between De Boer and Sean Dyche – one an internationally renowned graduate of the Ajax school and the other a gruff Proper Football Man™ (PFM) adept at keeping a small, unfashionable club punching above its weight on a shoestring budget, i.e. more of the same.

Palace opted for something new, something exciting, something to strive for. However, upon realising totaalvoetbal cohesion wouldn’t be instantly forthcoming, the club hit the panic button under the counter.

Now, with De Boer binned off in a matter of weeks, Palace are appointing Hodgson in his stead. What does that say about the integrity of their grand plan? Hodgson will undoubtedly be seen as a pair of ‘safe hands’ by the board, but that’s exactly the kind of insular, utilitarian pragmatism they were attempting to migrate away from in the first place.

His appointment could have been a tangential fork in their destiny, but now De Boer will forever be a faintly recalled anomaly in the grand lineage of bullish PFMs Palace were too cowardly to deviate from hiring again and again.

Leap and the net shall appear.