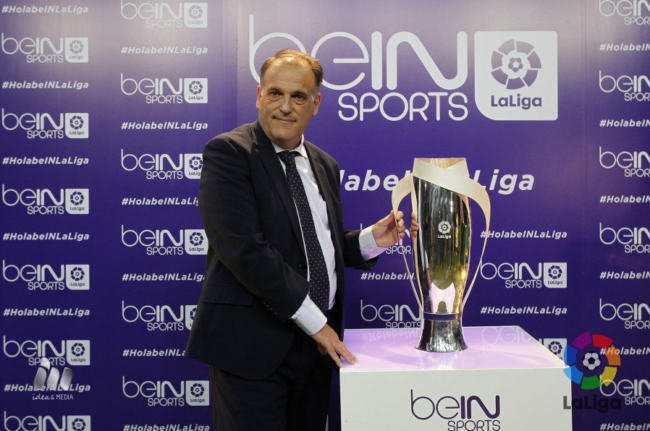 As you may or may not have noticed, the Spanish top flight have been busy rebranding themselves over the summer. –

Much in the same vein as their English counterparts, La Liga have been busy streamlining their marque, first dropping long-time sponsors BBVA from their official league name.

A new (well, slightly tweaked) logo was also unveiled, as well as a new font of choice and a whopping new broadcasting deal with BeINSport to provide 24-hour coverage of the league’s various to-doings.

While announcing all the news at an event in – somewhat bizarrely – the Italian embassy in Madrid, La Liga president Javier Tebas also revealed the brand new, re-styled trophy that Barcelona, Real Madrid et al will be competing for this coming season. 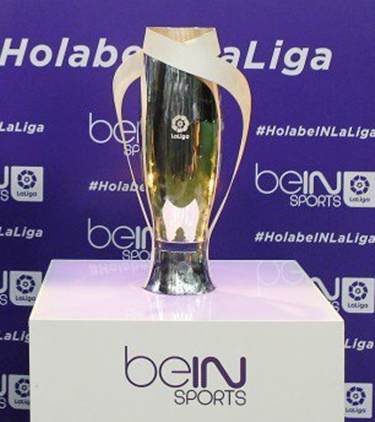 Very fancy. Very modern. Very ribbon-y. Like the kind of fancy vase you might buy your mum from House of Fraser. 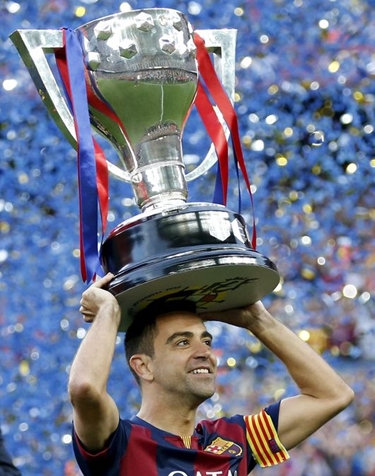 Thank the lord for Xavi’s neck muscles of iron, that’s all we can say.