Antoine Griezmann scored a massive own-goal on social media on Sunday, after the French striker posted a picture of himself before a fancy dress party, ‘blacked-up’ as an NBA basketball player.

The Atletico Madrid star posted the photo on Instagram, with the caption ’80s party”, along with a basketball and laughing emoji… 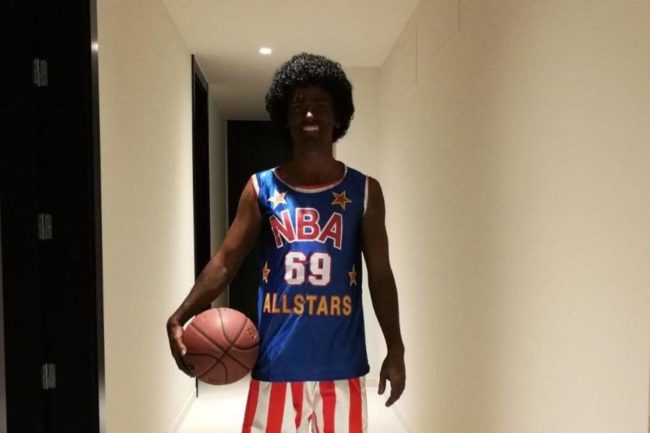 Surely, at this stage, people are aware of the origins and problems with blackface, no? Apparently Griezmann isn’t, which is rather appalling.

Not surprisingly, Griezmann has triggered a massive (and totally justified) backlash. Although, no doubt the ‘political correctness gone mad’ crowd won’t stay quiet for too long.

Stick to the cheesy Head and Shoulders ads, Antoine.

UPDATE: The photo was eventually deleted late on Sunday evening on both Instagram and Twitter, with Griezmann posting an apology

“I admit it’s awkward for me. If I hurt anyone, then I’m sorry,” reads the Tweet.