Understandably, Yerry Mina sported a permanent million-watt grin throughout the entire ceremony as he was introduced as a Barcelona player in front of around 8,000 fans at the Camp Nou on Saturday afternoon.

The 23-year-old Colombian defender sealed a €12million move from Palmeiras earlier in the week, making him Barca’s second signing of the January window after L’il Philly Coot-Coots.

Incidentally, it turns out Mina is quite the hometown hero, as flocks of people from the small municipality of Guachene took to the streets to celebrate en masse as the young centre-back’s unveiling was screened live on television. 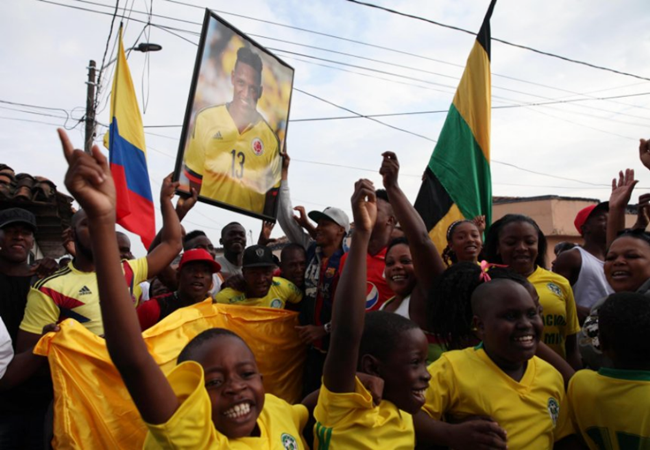 The Guachene townsfolk gathered to wave an array of flags, shirts and even framed portraits of Mina in a wonderfully heart-warming display of collective pride.

There are more photos here…

As a little aside, Yerry revealed recently that he is named after the titular mouse in ‘Tom & Jerry’ as it was his mother’s favourite cartoon.

Lovely stuff. It’s impossible not to love the guy.