While we realise that he isn’t particularly ‘old’ to begin with, Xavi is all set to win his 100th Spain cap against the Czech Republic tonight, a fact which inspired Pies to have a trawl through the archives and pick out ten brilliant photos of the man that has been pulling La Roja’s strings for the past decade or so. 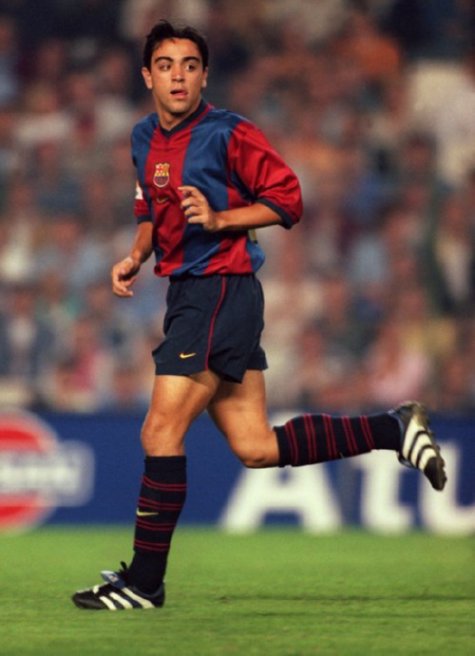 Xavi makes his La Liga debut for Barcelona, aged 18, against Valencia back in October 1998 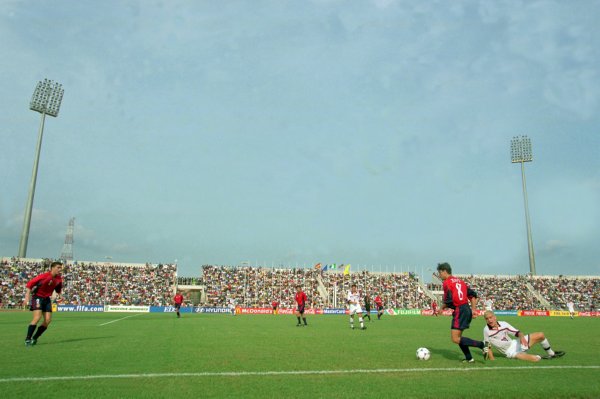 Xavi leaves the USA’s Christopher Albright behind in the Liberation Stadium during the FIFA World Youth Championships in Nigeria, April 1999 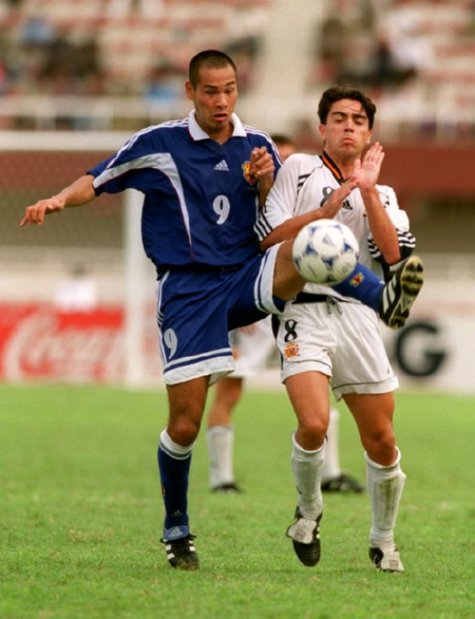 Xavi tussles for the ball with Japan’s Naohiro Takahara during the final of the FIFA World Youth Championships in Nigeria, April 1999 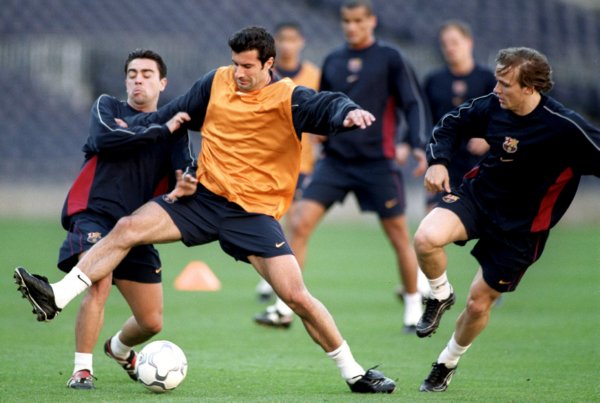 Xavi struggles to take the ball from Luis Figo during a training session at the Camp Nou, April 2000 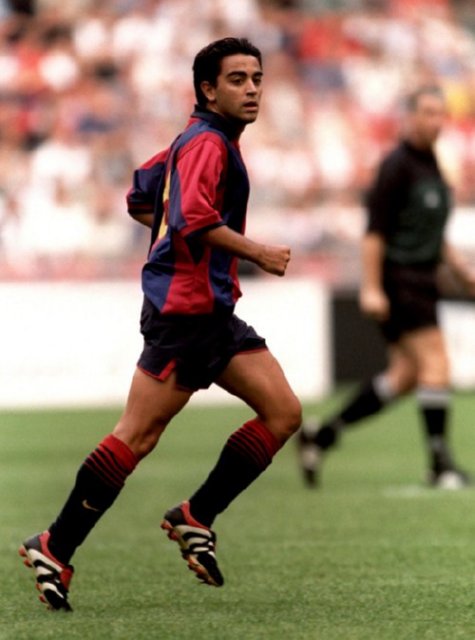 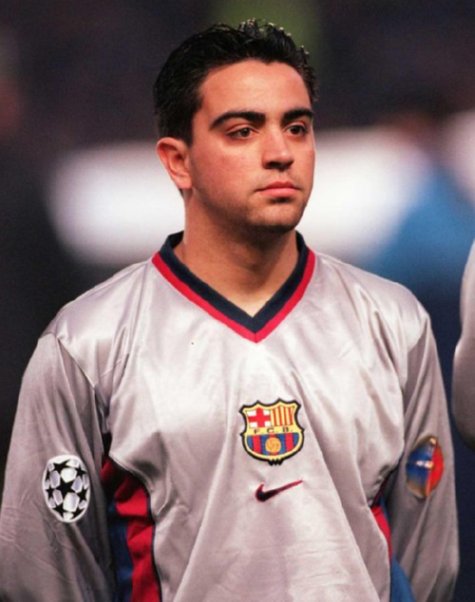 A slightly portly-looking Xavi prepares to face Chelsea in the quarter-finals of the Champions League, April 2000 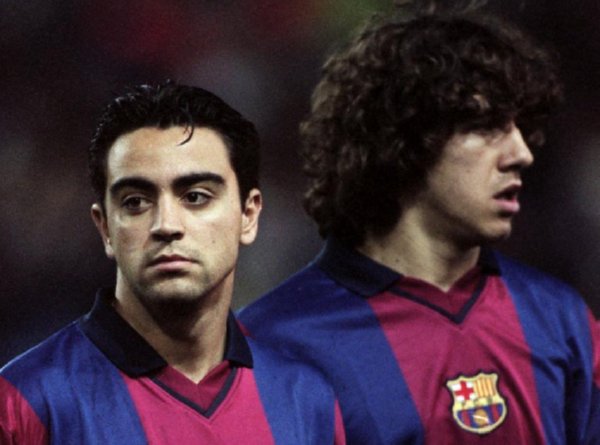 A newly-streamlined Xavi and Carles Puyol line up to take on Leeds in a Champions League group game, October 2000 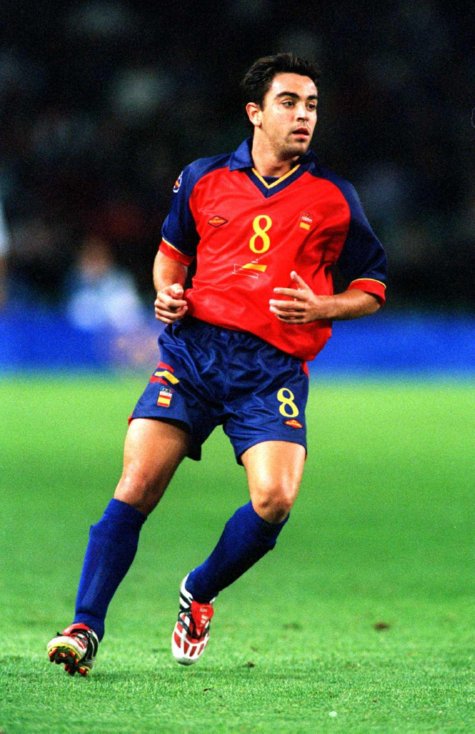 Xavi on the move during Spain’s quarter-final victory over Italy at the Sydney Olympics Games in 2000 – La Roja eventually lost to Cameroon on penalties in the final. 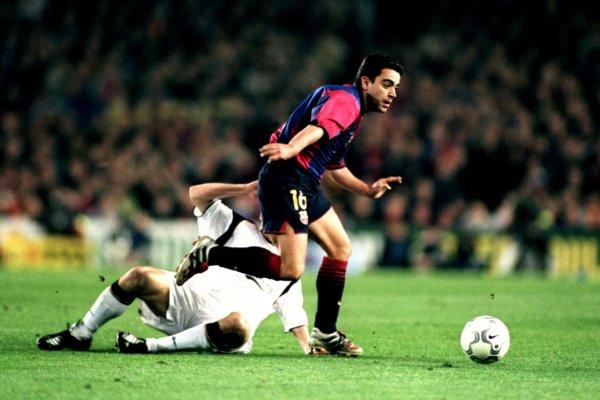 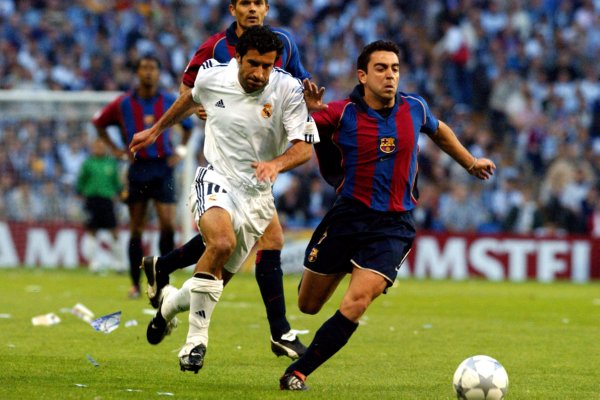 Xavi battles for possession with Luis Figo once again, only this time on different sides of the ‘Clasico’ divide, May 2002