Pies’ pick of the ten (don’t count them, we know there’s eleven!) best snaps from this weekend’s international footballing action from arooooouuund the glooooobe… 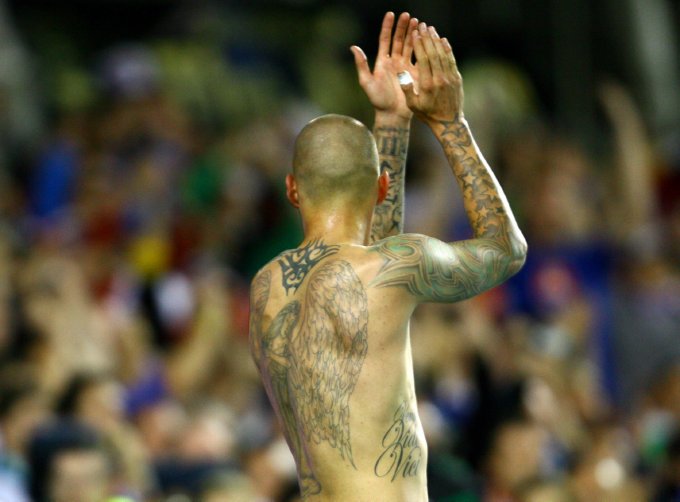 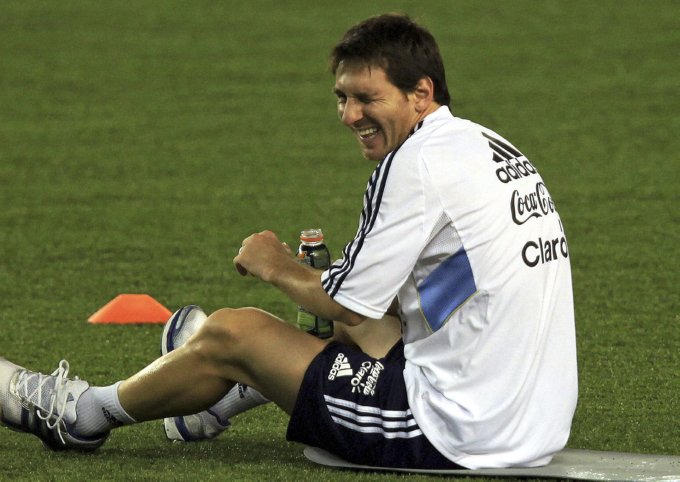 During a training session in Calcutta, Lionel Messi pulls – what we believe the kids would call – a bit of a ‘derp face’ 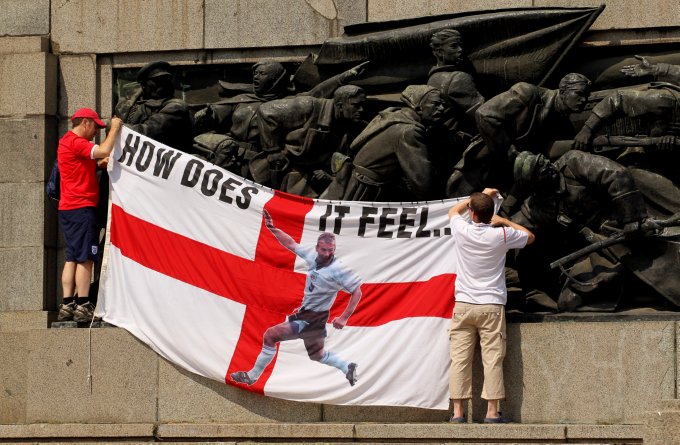 England fans drape a flag on the Soviet Army Monument opposite the Vasil Levski Stadium in Sofia, Bulgaria 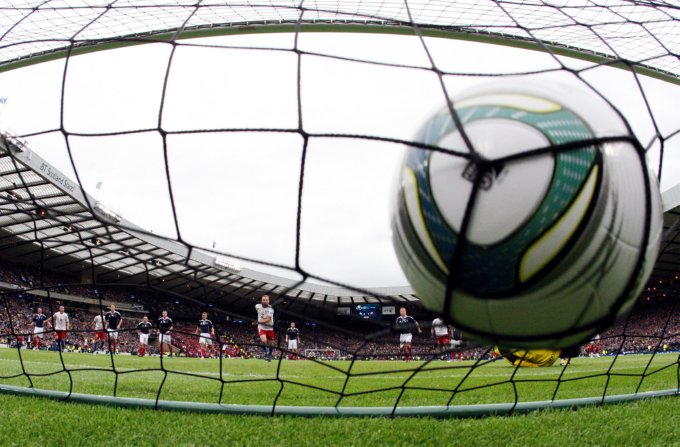 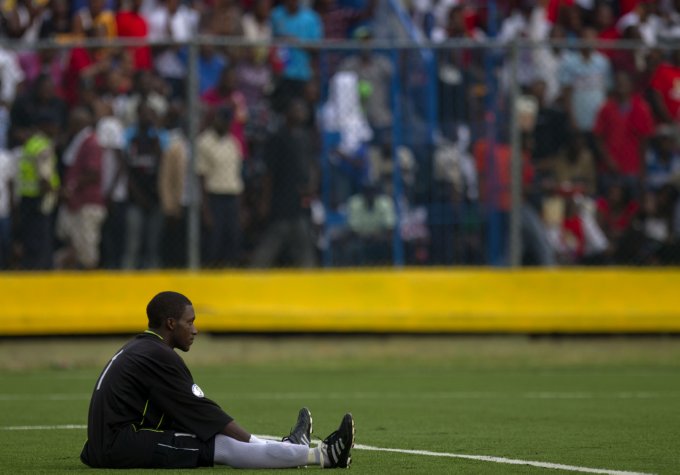 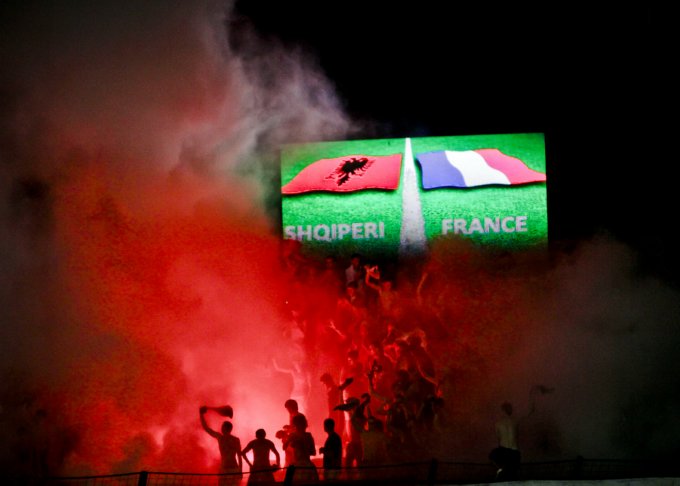 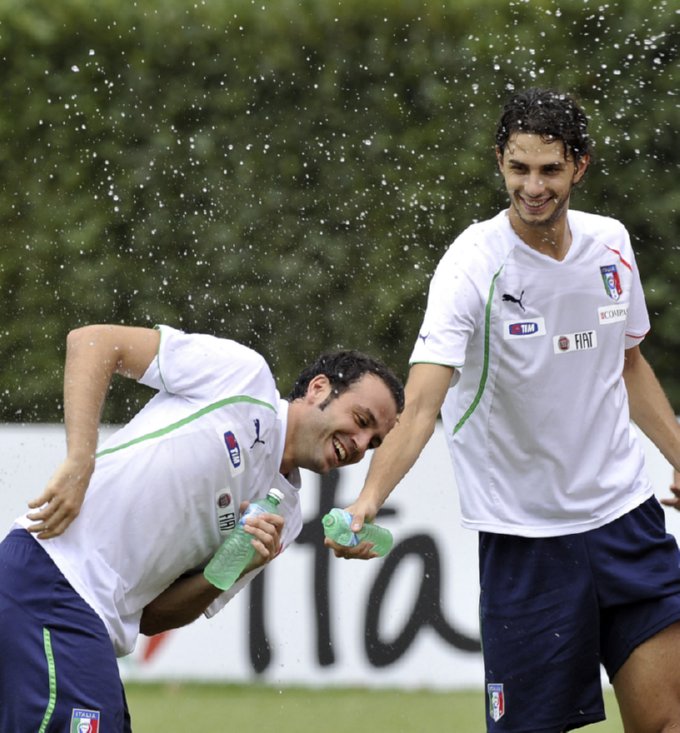 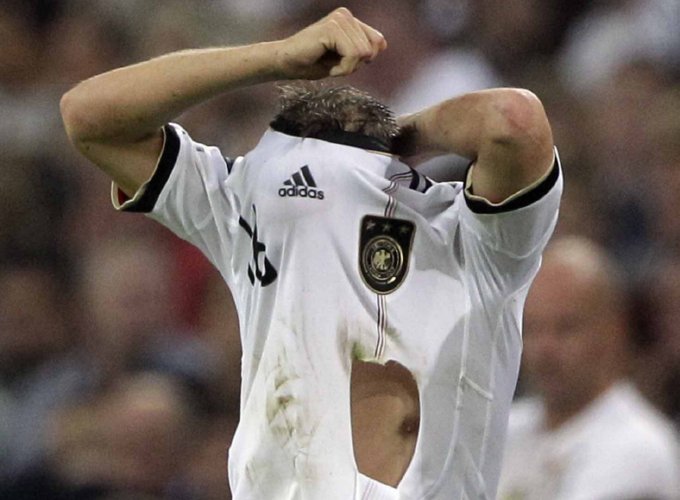 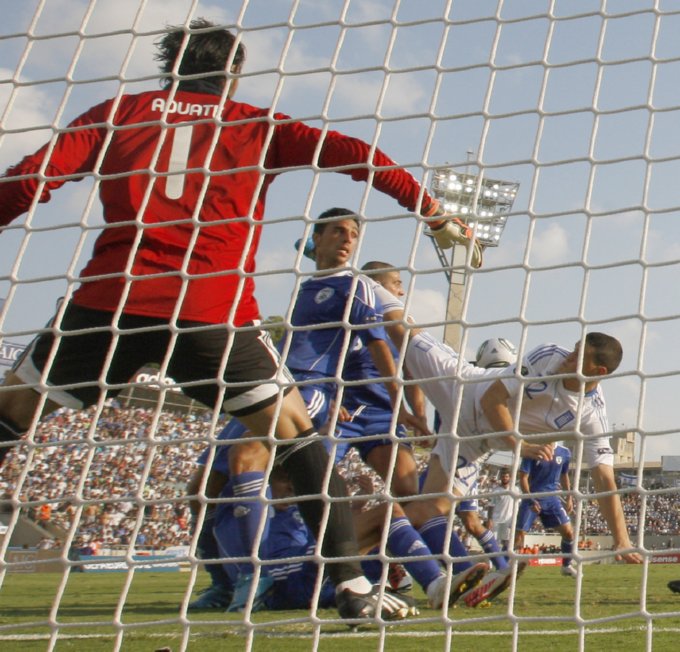 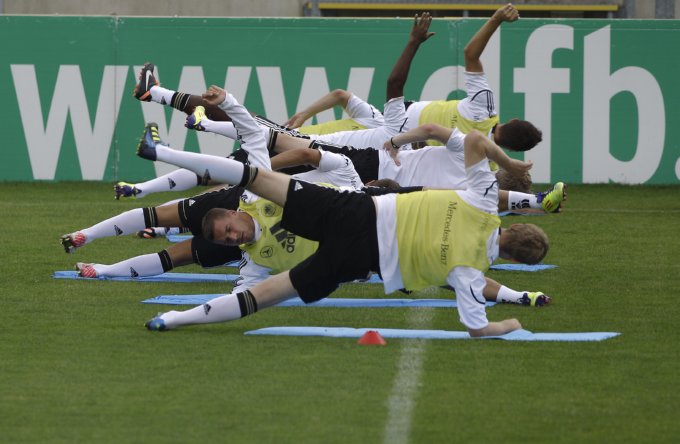 After becoming the first side to qualify for Polkraine 2012 on Friday, Germany warm down with a few ‘eye-level crotch scissors’ 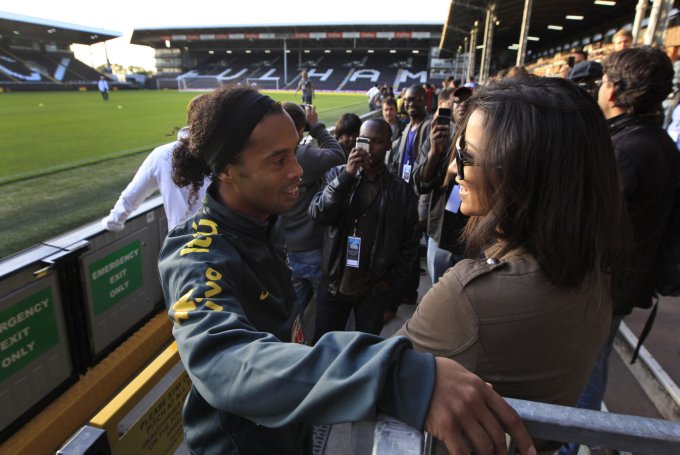