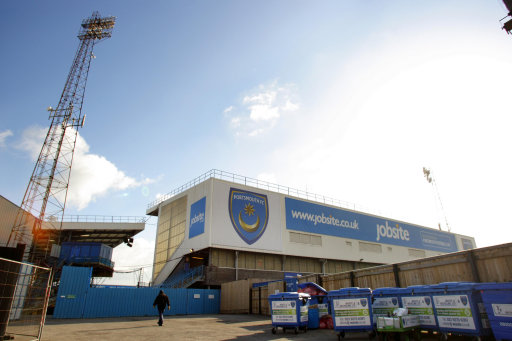 Having traipsed 350 miles across the country for their League One match against Portsmouth on Saturday, Carlisle were shocked to find that it was going to cost them a further £20 for the privilege of parking their team bus outside Fratton Park.

Carlisle paid the fee but only after boss Greg Abbott bemoaned Pompey’s “sob story”, with a beleaguered Pompey spokesman sighing that the situation was “completely out of their control,” as the land outside the ground was not owned by the club – there’s a surprise – but by >administrators acting on behalf of former owner Alexandre Gaydamak.

We can only imagine the showers in the Fratton Park changing rooms also run on a 20p meter and there is a small service charge for usage of club oxygen while breathing stadium air during matches.

Portsmouth are currently nine points adrift of safety at the bottom of League One, with a ten-point deduction pending for entering administration (for the third time in two years) during the current season.

Jesus Christi, what a omnishambles.